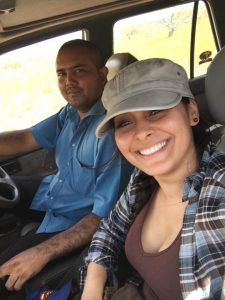 Region Nine Vice Chairman, Karl Singh has resigned but it is unclear whether his decision had anything to do with the use of a vehicle belonging to the opposition People’s Progressive Party (PPP) or the findings of a Commission of Inquiry report into the discovery of an illegal plane in the Rupununi.

His resignation for “personal reasons” came less than one month after a Commission of Inquiry Report into the discovery of an illegal aircraft at Yupukari made unflattering remarks about his role in intelligence sharing.

Region Nine Chairman, Bryan Allicock confirmed to Demerara Waves Online News that Singh resigned, but he declined to give details in his letter.

Allicock said the Council intends to meet with Singh to persuade him to rescind the resignation which has been copied to the Minister of Communities, Ronald Bulkan and PPP Executive Secretary, Zulfikar Mustapha.

The Regional Chairman doubted Singh’s resignation had anything to do with his use of a PPP vehicle to transport himself and a non-governmental rights activist to several deep south areas of the Rupununi. He said permission was granted by the PPP in the region for Singh to use the party’s vehicle. “It was not no misuse of the vehicle. It was party work he was doing,” he said, adding that permission was granted by “the supervisor here in the Region”.

With regards to the findings of the Commission of Inquiry that painted a grey picture of Singh and other persons in gathering, sharing and reporting intelligence in Region Nine, the Regional Chairman questioned the findings of the report that was tabled in the National Assembly earlier this month.