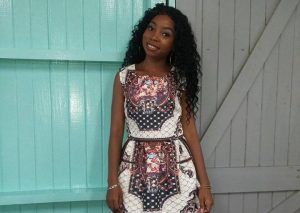 The Guyana Police Force said one of two policemen and one of Branche’s male friends have since been arrested.

“A Police Constable is currently under close arrest assisting investigators, while the whereabouts of another (Police Constable) is being sought,” police said.

She was was found in an  unconscious state  in the vicinity of Princess Road and Louisa Row, Georgetown.

Investigators were told that the policeman might have been the driver of a taxi which transported Branche and her friend.

The policeman, who has been already arrested,  is attached to ‘A’ Division which is responsible for part of Georgetown and East Bank Demerara.

The cop and Branche’s friend were arrested after police reviewed surveillance footage.

The mother of one left home Saturday for a party at a nearby night club, but she never returned home as she was picked up with serious head and other injuries and rushed to the Georgetown Public Hospital.