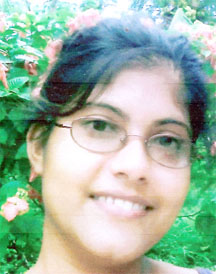 The ex-husband of a woman, whose skeletal remains were found several years later after she disappeared buried behind an alleyway fence, was one two persons committed to stand trial for her murder.

Chief Magistrate, Ann Mc Lennan ruled that there is sufficient evidence for Sharadananda Narine and Darel Pronton to face trial by a High Court judge and jury for the murder of Babita Sarjou.

It is alleged that on November 4, 2010, Babita Sarjou left her Timehri, East Bank Demerara home, informing her mother that she was going to meet her husband, Narine, and son at the Kitty Seawall to view the annual Diwali motorcade. When she did not return home that night, her mother became worried and filed a missing person’s report.

After many months of searching and treating the case as a missing person, the case was eventually closed. But in 2016, with the receipt of new information, Crime Chief Wendell Blanhum had re-opened the case, treating it a 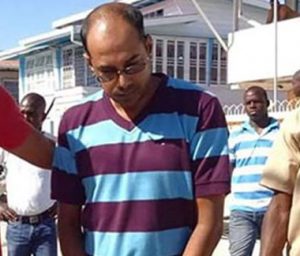 And, following new investigations into the matter, Sarjou’s estranged husband was further questioned and he subsequently led the investigating team to a shallow grave which had been dug in his own backyard.

Further probing also revealed that Narine had a llegedly paid Pronton GY$50,000 and had promised him a trip to Trinidad if he killed Sarjou.