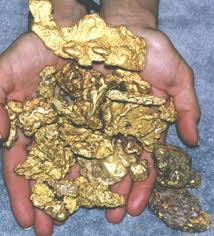 A husband and wife charged with allegedly exporting GYD$14.6 million worth raw gold without a licence were Monday granted self-bail.

Appearing before Chief Magistrate Ann Mc Lennan, tbey pleaded not guilty to the charge. She released them on their own recognisance and ordered that they return to court on November 16, 2017.

The prosecution’s case is that on September 20, 2017 at the Cheddi Jagan International Airport,  while not being a producer, they had in their possession 1,907 grammes of raw gold valued GYD$14.6 million.

Their defence lawyers, Glenn Hanoman and Mark Waldron, said the Khans were arrested more than six weeks ago, were released on bail and have been reporting to the Guyana Police Force’s Special Organised Crime Unit whenever asked to do so, therefore they do not pose a flight risk if granted bail.

At least 11 witnesses have been earmarked to testify for the prosecution.