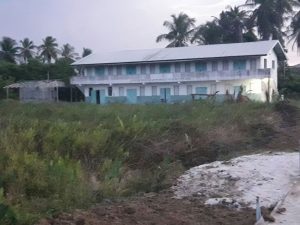 Police in Berbice are investigating the discovery of human remains in an abandoned school yard in New Amsterdam.

According to information received, police were called to the scene at RVC private school after persons working in the area discovered the skeletal remains.

It was reported that the school which was out of operation for over three years was in the process of being cleared when the body was discovered in a clump of bushes.

Commander of B’ Division Lyndon Alves relayed to Demerara Waves Online News that the remains of the body appear to have been there for a number of years;  noting that no clothing or other materials were found nearby.