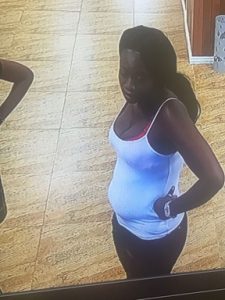 The woman, who allegedly attempted to smuggle a quantity of cocaine soaked into hammocks, has been charged with trafficking in narcotics. 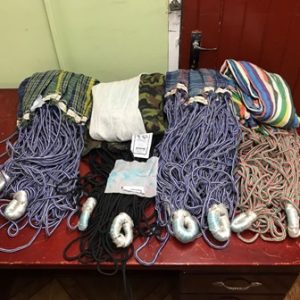 The hammocks that CANU said has been saturated with cocaine and posted to the US.

Collison, who appeared before chief Magistrate Ann Mc Lennan, was not required to plea to the indictable charge which stated that on September 20,2017  she had 6.742 kilogrammes of cocaine in her possession for the purpose of trafficking.

The woman, who was not represented by a lawyer, was remanded to prison until October 11, 2017.

According to the woman posted four hammocks suspected to have been saturated with cocaine to an address in the United States through an international courier service in Georgetown sometime last week.

The suspicious package was discovered by a CANU agent at the Eugene F Correira International Airport, Ogle, East Coast Demerara whilst checking outgoing cargo on 21 September 21.