Two charged with murder of man on father’s death anniversary 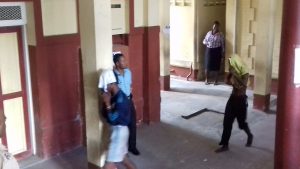 Two men were Tuesday arraigned for the murder of a man on the same day he was about to attend his father’s death anniversary memorial service.

Bail was refused and the duo was remanded until October 19

The indictable charge read that on September 24, 2017 at Freeman Street East LaPenitence the duo murdered 58-year old Fazal Shaheed during the course or furtherance of a robbery. 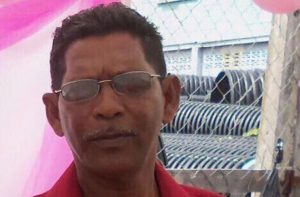 It was reported that Shaheed of 61 Cropper Street, Albion, and Berbice was shot at least four times, reportedly during a scuffle with two gun-toting bandits, at the 194, Freeman Street residence, where he and his brothers were staying.