The “lifetime announcement” will be made available to 92 countries in an accelerated treatment rollout as part of efforts to reach the 36.7M persons living with HIV across the globe.

“Those people will benefit from one of the best medicine we have as a first line. What we are talking about today is a life-changing announcement it’s about the quality of medicine but is about equity, it’s about the dignity, it’s about the access to medicine as a human right,” Executive Director of UNAIDS Michel Sidibé was quoted as saying by the Guyana government’s Department of Public Information. 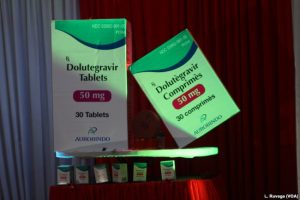 The generic one pill one dose treatment contains dolutegravir (DTG), a  widely used in high-income countries and is recommended by the World Health Organisation (WHO).

DTG is consumed the best in class integrase inhibitor and is expected to lower the cost of first line HIV treatment regimens.

The affordable HIV treatment regimen will be available to LMICs at around a projected average price of US$75 per person, per year and reduces the need for more expensive second and third line regimens.

The agreement was announced by the governments of South Africa and Kenya where it is being rolled out in collaboration with UNAIDS and several other agencies.