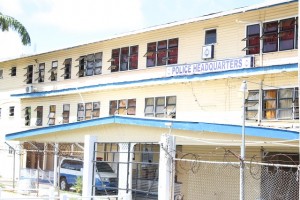 President David Granger said that there have been many legitimate complaints by members of the Police Service Commission (PSC) and aggrieved police officers of abuse and malpractice in the Guyana Police Force (GPF) and it is precisely for this reason that he has asked for the promotion of police officers to be delayed.

“We are investigating the complaints, which have been made to us and we have asked the Police Service Commission to simply delay so that we can answer those queries and once those queries are satisfactorily answered we will proceed. It’s no intention on my part to impede the work of the Commission,” the President was quoted in a Ministry of the Presidency news release as saying

Speaking with the media at State House, the Head of State explained that his primary focus is the prevention of any further damage to the security sector. He noted too, that his Government cannot and will not ignore the complaints and evidence of injustices, which may have taken place.

In a letter dated June 26, Minister of State, Mr. Joseph Harmon informed the PSC of President’s Granger request to hold the promotion of officers of the Force to allow for further scrutiny of the proposed list of ranks.

“We are not trying to trample on the constitutional rights of the Commission but damage can be done if persons, who are not fit and proper, make decisions, which are injurious to public security. We want the constitutional Commission to function efficiently but that the same time we want to make sure that the public can depend on the decisions that come out of that Commission being in the best interest of the nation,” the President reiterated.

Opposition Leader, Bharrat Jagdeo has since condemned the President’s move as unconstitutional because the Constitution of Guyana prohibits instruction from anyone or authority.

Shadow Attorney General and Minister of Legal Affairs, Anil Nandlall has threatened to move to the High Court if the Minister of State does not rescind the letter before weekend.

The three-year life of the Police Service Commission ends on September 4, 2017.

The President’s request to the Commission comes at a time when a Commission of Inquiry into an alleged plot to assassinate him has revealed alleged and perceived shortcomings in the functioning of that law enforcement agency.