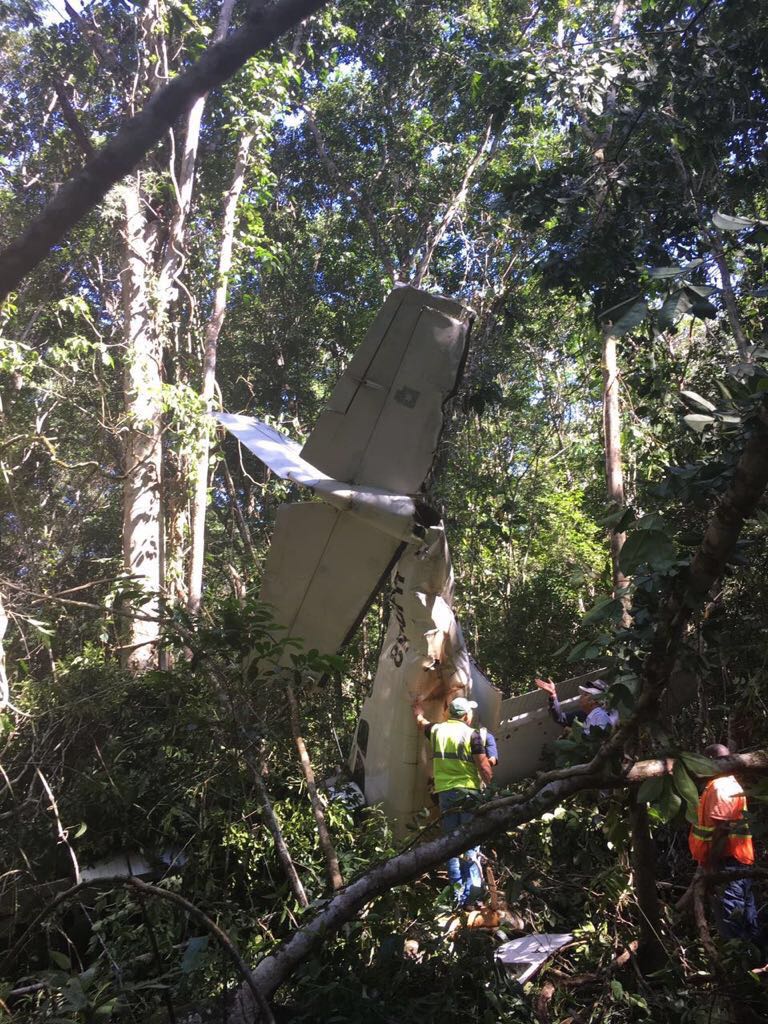 The Cessna 206 owned by Wings Aviation in the jungle.

Investigators from the Accident and Investigation Group are Wednesday expected to team up with experts from the Guyana Civil Aviation Authority (GCAA) to probe the second domestic plane crash in about two weeks.

“Officials from the Accident and Investigation Group supported by a team from GCAA is en route to the crash site to start their investigations,” the GCAA said in a statement.

The establishment of the Accident and Investigation Group, which falls under the Ministry of Public Infrastructure, was recommended by the International Civil Aviation Organisation (ICAO).

The Cessna 206 single engine plan, bearing registration number 8R-GPR, owned by Wings Aviation went down in a forested area at about 11 AM shortly after take off from Eteringbang airstrip on a shuttle flight to Ekereku. 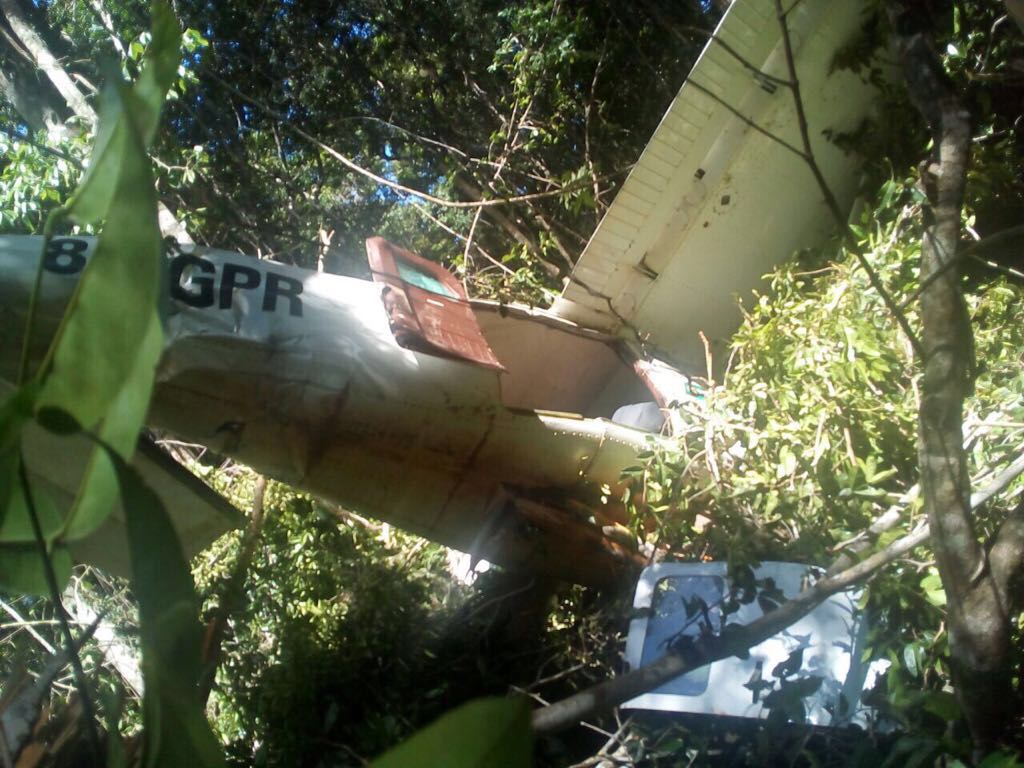 Pilot Dominique Waddell sustained minor injuries and was met by a rescue team while he was walking away from the crash site.

The GCAA said further information on this latest incident will be announced when it becomes available.

About two weeks ago, a Roraima Airways-owned Britten-Norman Islander, registered as 8R-GRA, went down as it was about to land at Eteringbang. The airline’s Chief Pilot, Collin Martin, a retired Guyana Defence Force pilot, perished in that incident.