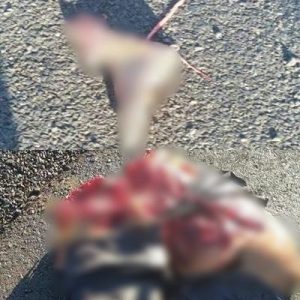 A Guyanese woman was killed Tuesday in a road accident in Bon Fim, a Brazilian town near southern Guyana, authorities said.

Jerome was identified by a 68-year old Brazilian man with whom she shared a relationship in Brazil after she migrated there.

Her body was split in half in the accident that occurred near Toucan, an Amerindian community in Bon Fim, a town in Roraima State.

Folha de Boa Vista newspaper reports that Jerome was hit by a Vectra model vehicle at kilometre 95 of BR that came from Bon Fim Tuesday morning.

Federal Highway Police said after the woman was struck, the vehicle continued moving for another 13 kilometers until it came to a road block. The vehicle was found with the upper body of the victim, who was in the passenger seat.

According to the PRF, the driver of the vehicle fled the site and has not yet been identified. The agents found, however, a number of smuggled goods from Guyana.