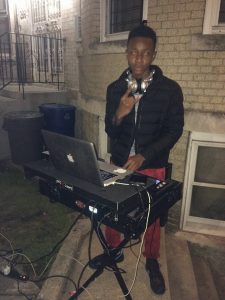 A Guyanese teenager, who migrated to the United States (US) seven months ago, died in an early Sunday morning accident in Queen’s, New York after providing deejay services at a party in Long Island, family members said.

He is 17-year old Akeem “DJ Akeem” Grant formerly of 46 Stanleytown, New Amsterdam. He was also a student at Tutorial Academy up to last year December when he migrated.

His cousin, Gladwin Grant, was among the eight survivors. The others are Jamaicans.

The accident comes one week before his father was due to return to marry his mother, Amanda Hinds, who works at the Guyana Water Incorporated (GWI).

A spokesman for the New York Police Department confirmed to Demerara Waves Online News that the accident occurred at about 6:30 AM Sunday on the eastbound Grand Central Parkway near 188th Street in Jamaica Estates.

The spokesman said one person, who was not yet identified, was killed 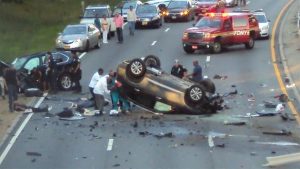 in the smash-up and eight others were injured and were expected to survive.

ABC7 New York reported that one person was pronounced dead at the scene and eight others were taken to Jamaica Hospital and North Shore Medical Center.

All eastbound lanes of the roadway were shut down while the NYPD’s Collision Investigative Squad responded to the scene.