Symposium to focus on corruption in the oil industry 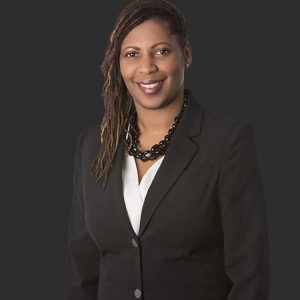 Issues of corruption in the oil industry will be the focus of a two-day symposium to be held later this week in Guyana, according to the international law firm, Greenberg Traurig, LLP,

Vicky McPherson, a shareholder in the Washington, D.C. office of Greenberg Traurig, LLP, will be a panelist at a two-day symposium in Georgetown, Guyana on “Public Corruption and the Curse of Oil: Lessons from Developing Countries.”

The symposium, on July 5 and 6, is a partnership between the Caribbean Institute of Forensic Accounting, the Guyana Oil & Gas Association, and the African Business Roundtable.

The symposium comes at a time when there are concerns about the apparent reluctance by the Guyana government to officially release the Production Sharing Agreement between ExxonMobil and the Guyana government. Concerns have been also raised about whether Guyana’s negotiators have secured the best deal.

The symposium will explore why the oil industry in the overwhelmingly majority of developing countries is associated with widespread corruption, procurement and other forms of fraud, institutionalized tax evasion, and a range of other ingenious means to steal government revenue. McPherson will participate in panel discussions on how to protect sovereign interests and avoid these typical pitfalls. For more information about the conference, click here.

Topics will include “The Misuse of Offshore Structures in Laundering/hiding the Proceeds of Illicit Payments in the Oil and Gas Industry” and “How offshore trusts, companies and financial services are used to hide illegal payments, and best practices to prevent such payments.”

McPherson focuses her practice on commercial transactions. She is an integral member of the firm’s Africa Practice. She represents both private sector companies and sovereign interests in oil and gas transactions at various development stages – exploration and development, diversification, privatization, and sales. As part of her sovereign representation practice, she advises state owned enterprises concerning public private partnerships to develop the country’s natural resources.

Greenberg Traurig, LLP (GTLaw) has more than 2,000 attorneys in 38 offices in the United States, Latin America, Europe, Asia and the Middle East and is celebrating its 50th anniversary.