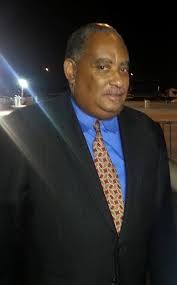 Senior government and corporation officials have confirmed that among those exploring the possibility of investing in Guysuco are American Sugar Refineries (ASR), which owns Tate and Lyle, and other companies in Europe and Latin America.

“We have been engaging a number of companies from various parts of the world, providing them some basic information and answering some questions they have,” Kirton told Demerara Waves Online News the same day that Opposition Leader, Bharrat Jagdeo disclosed that he has been hired to search for investors.

Kirton said a number of business executives have already visited Guyana to further explore their interest in sections of the sugar industry that are up for sale. “Three companies have, in fact, sent people down to Guyana to look so far through the efforts that I have been authorised to undertake,”  said Kirton who was instrumental in bringing CelStar, the precursor company to Digicel Guyana.

Kirton, who was hired by the Guyana government in November, 2016 to hold talks with investors and provide them with all data including proprietary information, said the talks are so far exploratory and there have been no formal negotiations to date.

He declined to name any of the companies that have been showing interests in Guysuco, but opted to only describe them as “very reputable” and are interested in going beyond sugar cultivation to possibly build a sugar refinery.

“…in some cases even looking at the possibility of a sugar refinery because the region imports a significant amount of refined sugar for the soft drink and juice industry and so some of them are looking at the opportunity not only fir sugar but also value added if their (investors) interest is maintained,” Kirton said.

The Guyana government earlier this year announced plans to sell the Skeldon, Rose Hall and Enmore estates. Wales has been already shut down.

The cash-strapped and heavily indebted corporation now aims to produce 174,000 tons of the sweetener annually with operations limited to the Albion-Rosehall, Wales-Uitvlugt, and Blairmont factories.

The opposition People’s Progressive Party and the Guyana Agricultural and General Workers Union continue to campaign against the closure of some sections of Guysuco, saying that thousands of persons will lose jobs.

However, government maintains that the national treasury can no longer afford to bail out the industry at its current level of operations. Health care and drainage and irrigation are also to be separated from Guysuco.

Political scientist and executive member of the Working People’s Alliance, Professor David Hinds last weekend called on government leaders to fan out across the industry and meet with sugar workers to counter some of the information being propagated by the PPP and GAWU. Hinds has said that both sides have very good arguments for and against the scaling back of the industry that has been mired in ethnic politics and labour relations.