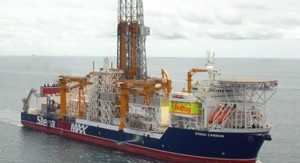 In the wake of a prolonged wait by ExxonMobil for various regulatory approvals before making its Final Investment Decision (FID), the Guyana government Thursday publicly assured the company that it would be granted a production licence this month.

“Following reviews of the technical and environmental aspects of the Liza Project – Development Plan that was submitted by Esso Exploration and Production (Guyana) Ltd (EEPGL) in December, 2017, the Government of the Co-operative Republic of Guyana is expected to grant a production licence to ExxonMobil for production of petroleum to move ahead in 2020,” the Ministry of Natural Resources said.

The Production Licence is required to be finalized before the developers make their FID for the project in June 2017 which would see the investors spending billions of dollars in the coming months on major aspects of the oil extraction infrastructure offshore Guyana.

The Environmental Protection Agency (EPA) and the Guyana Geology and Mines Commission have hired overseas experts to review ExxonMobil’s applications for an environmental permit and a production licence.

The Ministry of Natural Resources also announced that agreement has been reached for the royalty to be doubled from one percent to two percent.  “The Government and people of the Cooperative Republic of Guyana will receive a royalty of 2 percent on gross earnings and benefit from 50 percent of the profits from the sale of petroleum once production commences,”  government said.

Minister of Natural Resources, Raphael Trotman is on record as saying that 75 percent of the total revenues would be used to repay ExxonMobil for its investment in exploration and preparation for production and the remaining 25 percent profit oil will be split in half between ExxonMobil and Guyana.

Extraction from the Liza field is expected to commence in 2020 at an initial rate of 100,000 barrels of crude per day in the first phase; with a Floating Production Storage and Offloading (FPSO) vessel providing the main infrastructural support for the project.

In apparent response to numerous calls for transparency and accountability in the deal between Guyana and Exxon, the government assured that “following consideration by the Cabinet the findings of the various reports will be released.”

No commitment, however, has been given to make the Production Sharing Agreement public.

The Ministry of Natural Resources and other Ministries and Agencies, government said, are actively pursuing a number of undertakings on the policy, legislative and infrastructure sides to ensure that the country is prepared for the coming oil production.

Government urged the public to become more involved in the oil and gas industry. “As this Ministry, along with others, seeks to develop our oil and gas industry in a sustainable and profitable manner, citizens are encouraged to continue to provide their feedback and recommendations on the new sector when the Ministry’s outreaches visit their communities.”

Government restated that its emphasis would be on Guyanese employment and training, the procurement of goods and services in Guyana, infrastructural soundness and the protection of the environment.