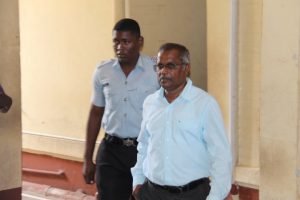 Two opposition People’s Progressive Party (PPP) parliamentarians and four other supporters were Friday each granted GYD$500,000 bail for allegedly omitting from the general ledger of the Guyana Rice Development Board a total of GYD$362 million while they were board members of that entity.

The prosecution’s case is that they committed the offences during each of the calendar years of 2012,  2013, 2014 and 2015. They were not require to plea to the indictable charges.

Chief Magistrate, Ann Mc Lennan released them on GYD$500,000 bail each and ordered that they return to court on June 23, 201 by which time the prosecution is expected to have all its statements

intact. They were also required to lodge their passports. 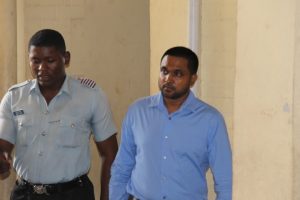 In rejecting Special Prosecutor, Michael Somersall’s application for substantial bail and for them to lodge their passports and report to the Special Organised Crime Unit (SOCU) of the Guyana Police Force, defence lawyer, Anil Nandlall said 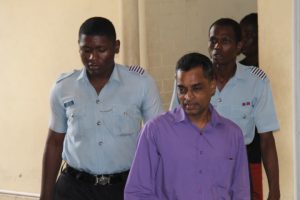 the charge does not indicate that they defrauded the GRDB and the “clerical error” was so “minuscule” that it was not picked up by the Auditor General, the auditing firm Nizam Ali and Sons or the Public Accounts Committee of the National Assembly. “They are charged not to defraud any sum of money. No sum of money is missing… That is a clerical function. If it is to be preferred, the omission to do so should not be placed at the feet of the Board of Directors,” said Nandlall. He said a logical question that has to be asked is why only six of the 15 Board members were selected and identified for charges.

“These charges, you have, are selective, in my humble view, they are vindictive,” he added. However, a senior SOCU official said the amounts connected to the charges were in a hidden bank account uncovered by forensic auditors. 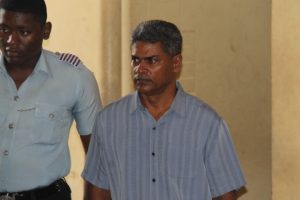 Representing Dhanraj; Attorney-at-Law, Priya Manickchand said her client had been scheduled to address a PPP public meeting. “He is of the view that why the charges were made yesterday was to stop him from speaking,” she said, adding that his appearance was postponed. 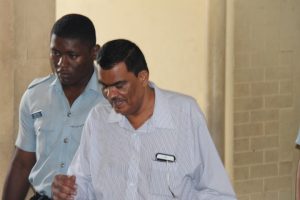 After the bail was granted, the accused persons were not passed through the prisoners’ chute of the Georgetown Magistrates’ Court, but were instead allowed to walk down the stairs. They were not handcuffed or shackled.

After a few moments, they were placed in a cell with several persons who were detained for unrelated offences.

The courtroom was virtually packed with SOCU officials, family members of the accused and officials of the People’s Progressive Party including lawmakers Juan Edghill, Zulfikar Mustapha and Irfan Ali.