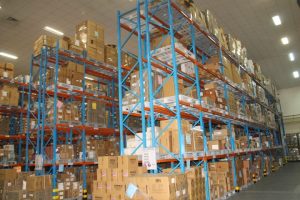 One employee of the drugs bond at Diamond Hospital has admitted to stealing GYD$100,000 worth of supplies from the East Bank Demerara facility and one has resigned with immediate effect, the Ministry of Public Health said in a statement.

The ministry added that several others, who were released from police custody , have not reported for duty. “They are on strike”  the Public Health Ministry said an official from the Materials Management Unit (MMU) advised.

Several of the MMU staff have been granted station bail as the probe continues.

The Ministry of Public Health listed the items allegedly stolen as Clozole, an anti-fungal cream used for yeast infection’  On Call Plus, used mainly by diabetics to test the blood sugar, a cough medicine, Chlorophane and Ferrovite multivitamin.

Police intercepted a bus with the items Wednesday night at Diamond, following surveillance based on a tip-off.

The Public Health Ministry has been engaging in a countrywide crackdown against the stealing of pharmaceuticals and other medical supplies belonging to the public health sector.