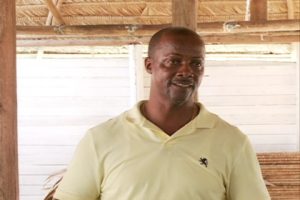 Permanent Secretary of the Ministry of Indigenous Peoples’ Affairs (MOIPA), Alfred King, has disclosed an alarming state of affairs at the government agency, unearthed in a review of the Ministry’s compliance with legislative and accounting standards.

King was at the time addressing the opening of now quarterly meetings of Community Development Officers attached to the Ministry and posted across the country.

The activity was venued at the Moray House, and saw in attendance both Minister of Indigenous Peoples Affairs, Sydney Allicock and his junior, Valerie Garrido-Lowe.

King, as he addressed the opening of two day confab disclosed that a review of the Ministry’s compliance with the Fiscal Management and Accountability Act, mandatory stores regulations and Procurement Laws, among others standards and said what was discovered was in fact alarming. “What we found is quite alarming in some cases in that what we found is that there are queries as it relate to Ministry not being able to account accurately,” when it comes to the distribution of resources and other items related to community work in hinterland regions.

The Ministry’s Permanent Secretary disclosed that what was found when answers were sought is that there exists numerous gaps in the ministry’s operations particularly when it comes to the monitoring and enforcement of rules and regulations.

King reported too that such a distressing situation was discovered, in that there were even departments within the Ministry that operates in isolation from each other as if in a “silo..lots of parallel operations.”
The Permanent Secretary did not mince words as he berated the CDOs in attendance over their share of inefficiencies in the interior locations.

“If you don’t like what you do, best thing is to get out of it,” King adumbrated having addressed several shortcomings discovered in interior locations such as person failing to be paid for goods and services month before.

The Permanent Secretary spoke to Head of State, President David Granger’s call for a more professional public service imbued with integrity as he called on the CDOs to develop a plan for implementation tthat would address several of the shortcomings being experienced.
“I want to see you come up with a plan to reduce all those liabilities we have out there,” according to Permanent Secretary King.
“Something is fundamentally wrong,” King said, when in a Ministry that functions with an annual budgetary cycle, persons are still to be paid sometimes five months into the New Year.

He spoke of the more than 1,800 young people across the country engaged in the HEYS programme but who continue to experience problems with stipend payments among other issues.

The two day forum was organized by the Ministry’s Department of Community Development and Governance.