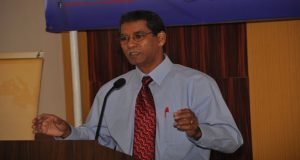 The Chief Executive Officer of the Guyana Bank for Trade and Industry, John Tracey has retired with effect May 1, 2017, according to a high-level source.

He previously proceeded on annual leave and then later opted to proceed on retirement.

Tracey did not accept several calls to his mobile number.

It is unclear whether he would be attending the Annual General Meeting of that indigenous bank scheduled for May 22, 2017.

His decision to proceed on leave and subsequent retirement has come at a time when GBTI is in the legal spotlight concerning an almost GYD$1 billion alleged fraud scheme at the Bartica branch of that commercial bank. 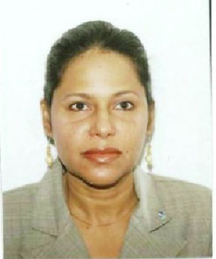 A gold dealer, Saddiqi Rasul, has since been charged and placed on bail pending the outcome of his trial.

Those alleged offences have since triggered a money laundering probe at the Guyana Gold Board whose General Manager, Lisaveta Ramotar; Deputy General Manager, Andrea Seelochan and Compliance Officer, Suzanne Bullen.

Ramotar has since given a voluntary statement to the Special Organised Crime Unit of the Guyana Police Force, debunking several allegations of complicity in Rasul’s business transactions with the Gold Board.

She said she was unaware that Bullen, an attorney-at-law, had played a major role in incorporating one of Rasul’s entities and even gave her address as that of the Gold Board.