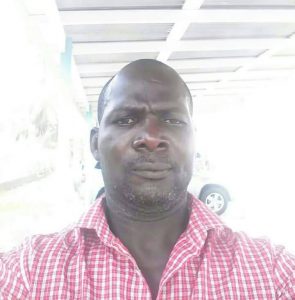 Cane-cutter, Warren Dennis appeared at the Spareendaam Magistrate’ Court Wednesdat morning charged with attempted murder of the mother of his children.

The charge read that on Sunday April 23 at Quamina Road, Beterverwagting he unlawfully and maliciously wounded Alana Hazel with intent to murder her.
Reports indicate that Hazel, a policewoman attached to the Police Officers’ mess,  is presently nursing several chop wounds about her body. Her left hand was also severed.

The woman and the Dennis were separated for quite sometime but although she is living home with someone else, she would normally visit his home. 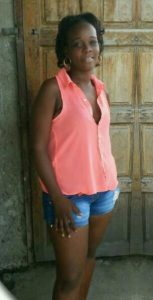 On the night of the incident, the couple were said to engaged in a heated argument during which screams were heard emanating from the man’s house.

Warren Dennis was remanded until May 8 by Magistrate Zamillia Ally-Seepaul.

2017-04-26
Writer
Previous: US considers fee on money-transfers to Guyana, other countries to help fund Trump’s border wall
Next: SURINAME: Protesters to take legal actions against Suriname government for violation of fundamental rights