US considers fee on money-transfers to Guyana, other countries to help fund Trump’s border wall 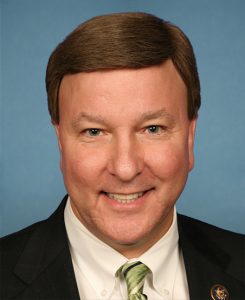 United States-based Guyanese could soon be asked to pay more to send their relatives and friends a ‘small piece’ or a ‘frek’ if a Bill is passed to impose a two percent tax on all remittances sent to Guyana and several other countries to help fund the construction of a US-Mexico border wall.

Introduced to the House of Representatives on March 30, 2017, the Border Wall Funding Act seeks to amend the Electronic Fund Transfer Act to impose a fee for remittance transfers to certain foreign countries, and for other purposes. The US-Mexico wall, a major campaign promise by American President Donald Trump to keep out illegal aliens and other undesirables from entering the US,  is estimated to cost US$21.6 billion

The law is expected to have a five-year life-span during which the monies will be submitted to the US Treasury “to be expended for the purpose of improving border security.”

The Bill allows for remittance transfer providers to retain up to five percent of any remittance fees collected to cover the costs of collecting and submitting such remittance fees.

Sponsored by Republican Mike D. Rogers and co-sponsored by eight other Republican law makers, the draft law envisages stiff penalties against remittance evaders and the transfer of the tax to the recipient in Guyana and other listed countries or requests or facilitates such remittance transfer to a designated recipient in a country that is not listed  could be fined not more than US$500,000 or twice the value of the funds involved in the remittance transfer, whichever is greater, or imprisonment for not more than 20 years, or both.