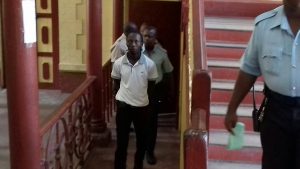 A minibus driver was Friday jailed for 56 months after he was found guilty for causing the death of one of his passengers.

Joseph was a guard at National Hardware store.

The prosecution’s case was that Davis drove minibus, BSS 9471, in a manner that resulted in Joseph’s death.

City Magistrate, Judy Latchman, in her ruling, told the court that the evidence led to the conclusion that Davis was driving at an extraordinary speed, resulting in him losing control of the minibus.

The minibus driver is expected to appeal the decision shortly.