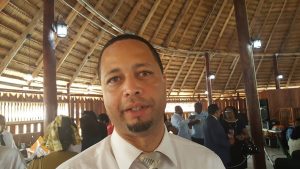 Staff at the Guyana Office for Investment (GO-Invest) have now signed a secrecy agreement to help stamp out the sharing of investors’ plans and proposals with others who may later be facilitated to go ahead with those projects, according to Chief Executive Officer Owen Verwey.

He warned that “dismissal is definitely an option” if staff members breach the secrecy agreements.

The GO-Invest boss also personally assured that all investor-related information coming into his possession would remain with him. He noted that audit reports and complaints by members of the business community have led to the need for staff members to sign secrecy agreements. “There were case whereby documents came to Go-Invest and they were not necessarily dealt with in a fully confidential manner and for us to give confidence to the business community and any potential investors coming into Guyana, the agency had to take these actions and put these procedures in place,” he said.

Verwey also said GO-Invest no longer keeps investors’ proposals if the agency is not ready to move forward. “When proposals come to my agency and I have a review of it and, together with officers, we believe it’s not ready to go forward and there is a lot more need to be done, we return that to the proponents, letting them know that so the document is not in our control anymore,” he said.

The CEO said he believed that he has been able to restore “a high degree confidence and accountability” to GO-Invest, paving the way for the agency to engage in investment and promotion of Guyana.