While Attorney General Basil Williams SC is convinced President David Granger is immune from legal action in revoking the Red House lease, former AG Anil Nandlall contends this should not be, since the President has not been named in the matter. 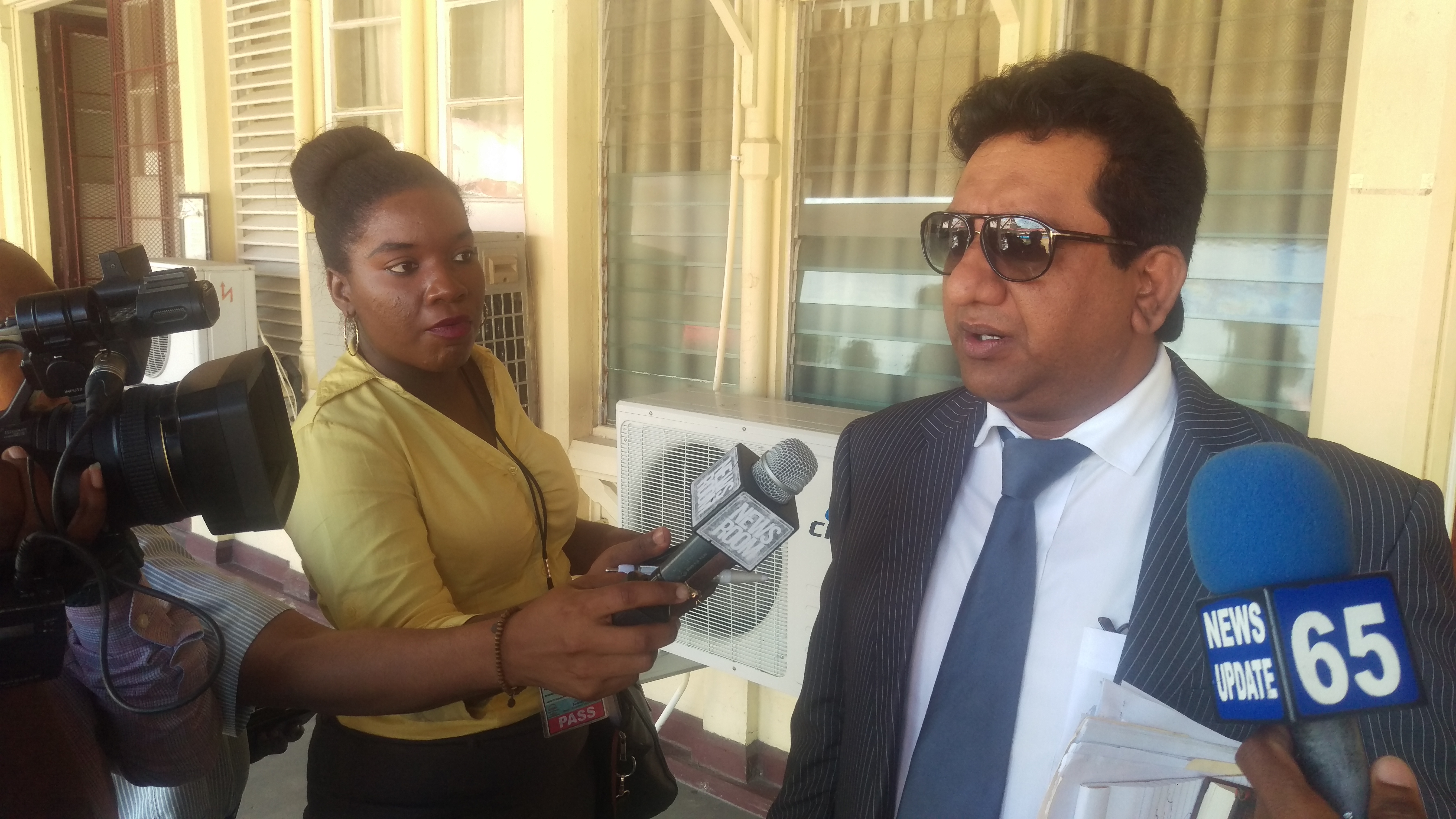 Instead, Nandlall told Demerara Waves Online News, the Attorney General, and the Lands and Surveys Commissioner have been named in the challenge brought by the Cheddi Jagan Research Center (CJRC) over the Red House lease.

Both AG Williams SC, and Opposition MP Nandlall spoke with the press corps after a nearly one-hour meeting in the chambers of acting Chief Justice, Yonette Cummings-Edwards.

At the last court hearing for this matter, the Attorney General requested to make preliminary submissions before filing and serving an affidavit of response to the initial challenge.

In his submissions today, Williams told the press corps he explained to the Chief Justice that paragraph 21 of Nandlall’s affidavit invoked the President’s name, saying he authorised or ordered the Red House lease be revoked.

According to Williams SC, Article 182 of Guyana’s constitution allows for the President to be immune from civil and criminal proceedings in relation to things done while he was in office.

Nandlall, on the other hand, said the AG “continues to improperly use the name of the President in these proceedings to the Court in a manner that is clearly calculated to bring pressure to bear on the Judge.”

“The President, in the eyes of the law, is entitled to equal treatment as any other litigant,” Nandlall told Demwaves, adding that, “the President is immune from suit, not his actions. His actions are challengeable by suit against the Attorney General, and it is all in keeping with the principle that no one is above the law.”

Nandlall is expected to issue a reply to the preliminary submissions brought by the Attorney General, before March 2, when the matter is expected to come up again at 10:00am. 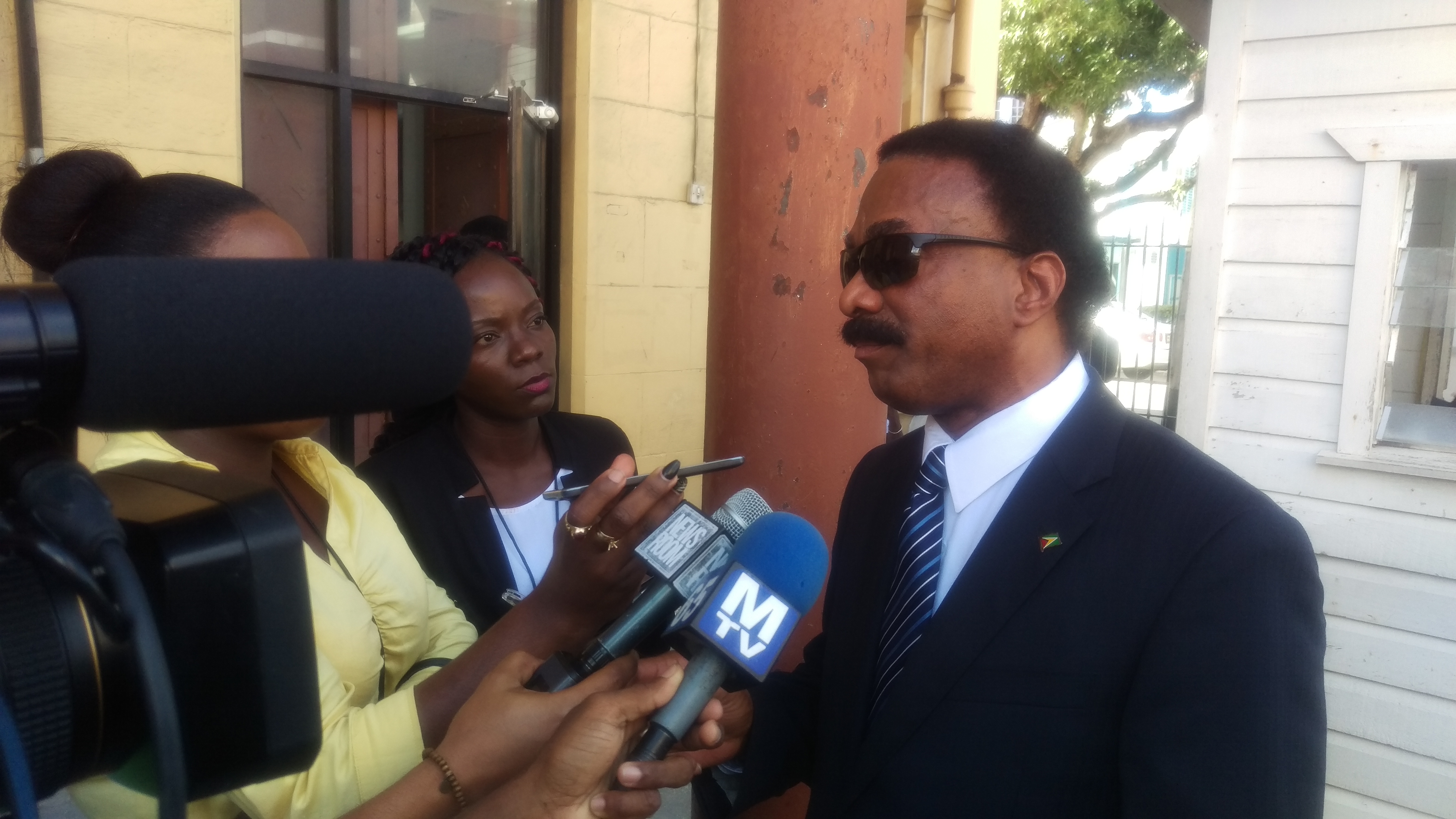 Commenting on the initial affidavit submitted by Nandlall, Williams SC said Nandlall did not disclose why the Red House lease was valid, binding, and of legal effect.

Williams SC said, further, no mention was made of the $1,000 monthly rent charged for the prime real estate located in the Kingston ward of Georgetown.

Williams SC contended that the company did not disclose that the 99-year lease was required to be executed in a manner of a transport before the court, and if not done, it would not only be invalid, but could not be pleaded in any court of justice including the High Court.

Williams SC further said no indication was made as to why the Lease was not recorded in the Registry as a matter of record. “They concealed these things from the Court,” the AG contended. “These things would prevent the Court from having jurisdiction to proceed to hear the matter.”

Controversy erupted over Red House after President David Granger announced the revocation of the lease on December 30 and gave CJRC one day to vacate the premises and make way for the National Trust to move in.

Granger’s decision was based on advice he received from Attorney General, Basil Williams that the 99-year lease at GYD$1,000 per month had been improperly granted on March 30, 2012 without the approval of either the President of the Day or the National Trust.