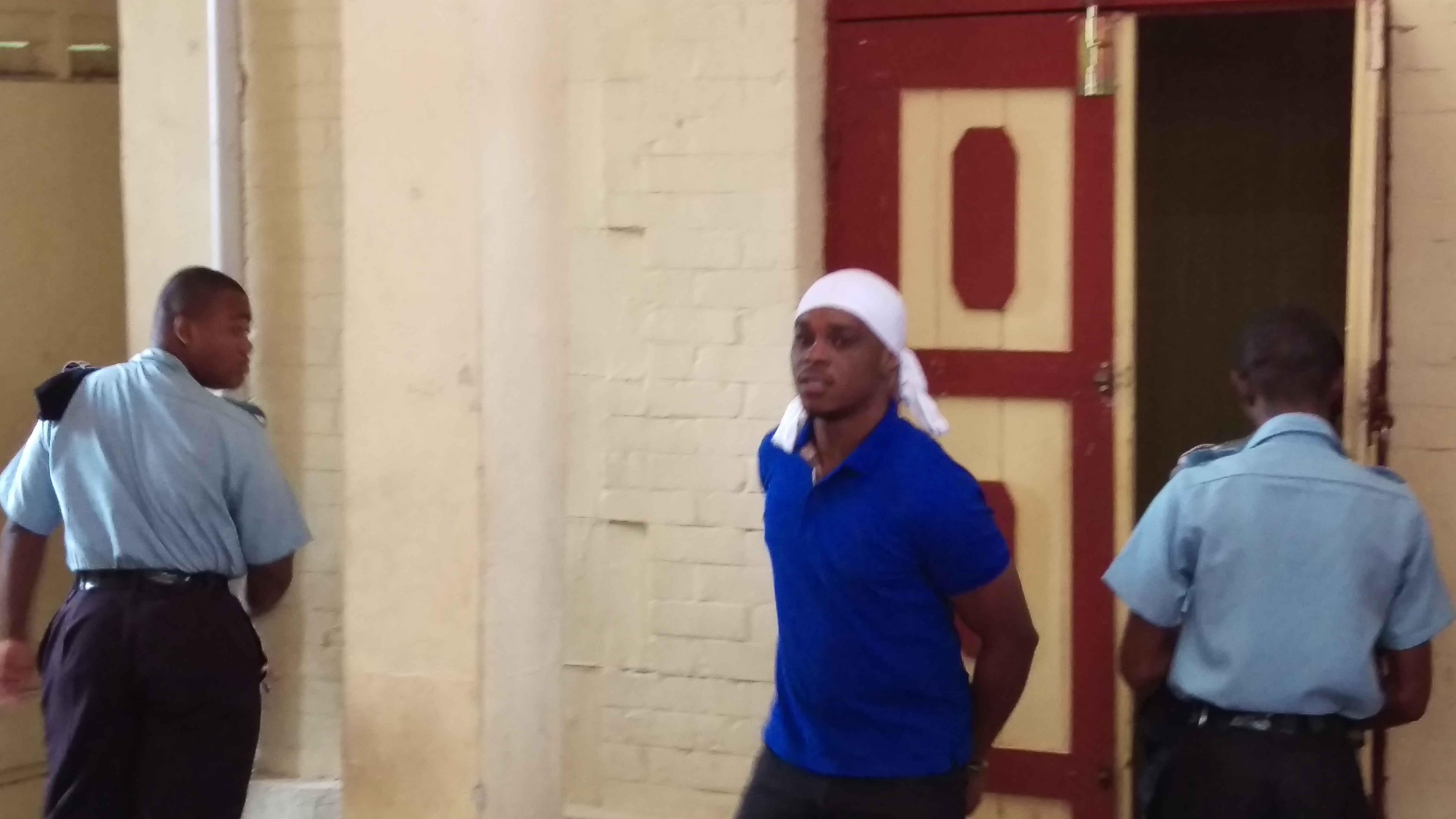 A 27-year-old Festival City man was today remanded to prison until February 27 by Chief Magistrate Ann McLennan for one charge of attempted murder, and another charge of discharging a loaded firearm.

The court heard that Leon Duncan, on January 8, 2017, at Main Street, discharged a loaded firearm on Seon Nedd. The second charge against Duncan was that on September 26, 2016, at Oronoque and Forshaw Streets, he attempted to murder Geoffrey Pharrell.

Duncan’s lawyer, Mark Waldron, told the court this was not his client’s first encounter with the law. He said indicted for murder last year before Justice Priya Sewnarine Beharry. Waldron said his client was found not guilty by a jury and was released.

Duncan was, January 2016, linked to the murder of Intaz Roopnarine at Cool Square.

According to Waldron, the investigating ranks of the A Division have since attempted to pin multiple offenses on his client, from jay-walking to forgery. Waldron said his client was held multiple times past the 72 hour period.

“This is an intention to incarcerate this young man,” Waldron told the courtroom of Chief Magistrate McLennan. Waldron said his client worked previously as a seaman on a fishing trawler, but was unemployed since last year.

Police prosecution said the accused’s file for discharging a loaded firearm is incomplete, but the attempted murder file is awaiting further statements.

None of the virtual complainants were present in the court, but police prosecutor Deniro Jones told the court, they are available. He said the VC in the attempted murder matter has been discharged from the hospital.

The accused will return to the Chief Magistrate’s court for the attempted murder matter on February 27, and the courtroom of city magistrate Leron Daly, on that very day, for the firearms matter.