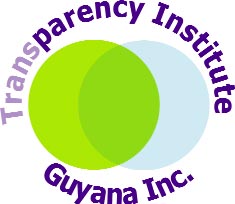 As Guyanese prepare to come out in their numbers again to vent their opposition to the parking meter contract, Transparency Institute of Guyana Inc- a local anti-corruption watchdog- has slammed the deal whose conditions favour the investor beyond the 80-20 stake.

“Recent revelations about the original contract for parking meters in Georgetown confirm that the deal was not in the best interest of the people. This leaves little to question about the shroud of secrecy surrounding it. The lack of transparency in the handling of the deal is a telling blow to good governance and the repercussions will visit future generations if the deal is not rescinded,” TIGI said in a statement.

City Mayor, Patricia Chase-Green has repeatedly countered claims of  a secret agreement by saying the document is available at the offices of the Mayor and Town Clerk for anyone to go and read, but not copy. Copies of the agreement between City Hall’s administration and Smart City Solution have since surfaced on Social Media or made available by elected officials.

TIGI also slammed City Mayor, Patricia Chase-Green for accusing Deputy Mayor Sherod Duncan of sparking off civil unrest in Georgetown over metered parking although he had been part of the process in the council’s Legal Affairs Committee. “The Mayor’s attempt to blame the Deputy Mayor is also in poor taste but consistent with the alternative reality that explains the actions of the top echelons of the City Council. TIGI wishes to recognise the contributions of the Councillors who stood up for the people and are now under attack by City Hall. The people have a right to know what the city is doing and given the circumstances, we believe that you have done your job,”  the organisation said.

TIGI praised the ad hoc Movement Against Parking Meters (MAPM) for generating and sustaining calls for the parking meter agreement to be scrapped because its terms and conditions weigh heavily in favour of the investor. “It is the people who bear the burden of poor governance and they have decided to resist. The Mayor’s and Town Clerk’s retaliation to the Movement Against Parking Meters (MAPM) is therefore in poor taste though consistent with their management of the project so far.

The MAPM has galvanised the people into action against sustained abuse and disregard. The movement is based on the legal and governance issues of which the economic burden on citizens and the implementation maladies are merely symptomatic. The movement is consistent with democratic principles and exemplifies freethinking that transcends social divides and political ideologies. This is predictably abhorred, opposed and denigrated by City Hall,” said TIGI.

The provisions of the agreement include no liability by SCS for damage caused to vehicles by booting/ clamping and towing, virtually automatic right to purchase land that would eventually be identified and used for garaged parking, and an increase in parking and other fees every two years based on Guyana’s rate of inflation. The 20-year contract also provides for an almost automatic right to renewal if there is a favourable review.

MAPMites argue that it is unfair for SCS to take away 80 percent of the revenues while leaving a mere 20 percent for the municipality. However, the Mayor has debunked that argument on the grounds that out of the 80 percent, SCS still has to pay operational expenses including workers along with taxes to the Guyana Revenue Authority (GRA) and the National Insurance Scheme. “If at the end of the day he (SCS) leaves with five percent, that is not my business; that is his business and so it is not 80 percent and go,” she told Demerara Waves Online News.

Meanwhile, Mayor Chase-Green has said she would be attending the MAPM-organised town hall meeting scheduled for 3 PM on Saturday, February 18, 2017 at St. Stanislaus College, Brickdam. MAPM has declined to meet with the Mayor, Town Clerk Royston King and other officials at City Hall.

Chase-Green said invited or not invited she would be attending MAPM’s meeting to let City Hall’s position be known. “If it’s an open meeting, I would attend,” she has said.

The New Building Society (NBS) has two parking meter-related cases before the High Court, one challenging the legality of the minister’s approval of the parking meter bylaws in the absence of a notification period, and the other seeking an injunction to stop metered parking around NBS because of the adverse impact it would have on staff and mortgagors.

City Hall has since announced that there would be a 50 percent cut in parking fees, reducing the rate to about 25 dollars for 15 minutes. Left-over time, Chase-Green said, could be used at any parking lot instead of only on specified space. Officials further said employees of commercial banks would be granted parking permits after managements submit a list of the vehicles’ licence numbers owned by staff.