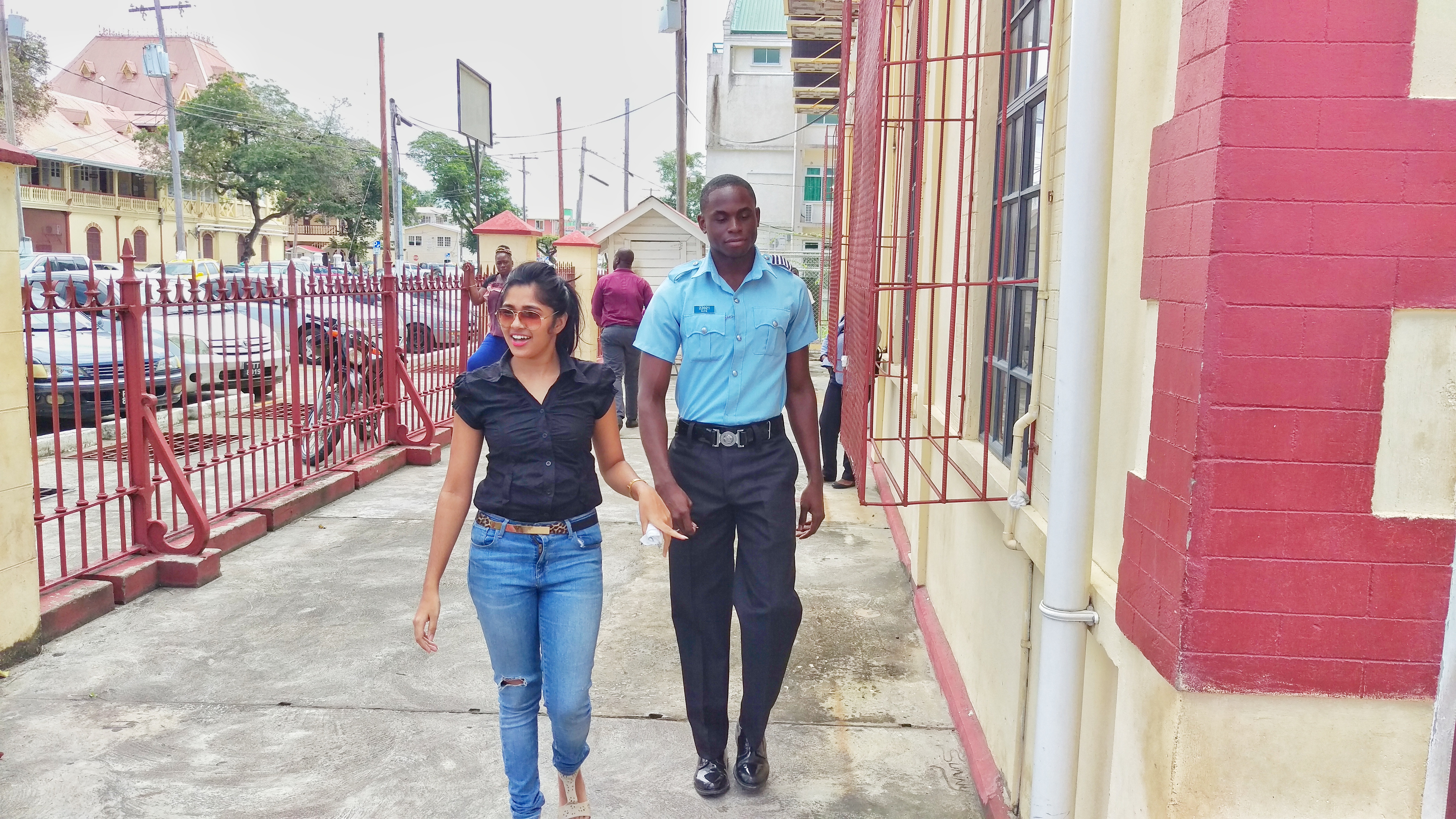 Magistrate Singh said she found it strange that the police further failed to institute a charge of uttering a false document to immigration officials, which was not the charge brought by the prosecution.

Last year, Boodnarine was charged with conspiring with others to commit a felony by forging a Guyana passport, attempting to defeat the administration of the law, and departing Guyana without presenting herself to an immigration officer.

Only recently, Boodnarine had a matter of illegal ammunition possession, when Datatram, in court, took full responsibility for ammo find, after police raided their Diamond Housing Scheme home. Boodnarine was acquitted.

Boodnarine and Dataram were caught by authorities in Suriname last month after they skipped out on the decision in their trial for cocaine trafficking.

While Dataram was found guilty of that charge, Boodnarine was acquitted. He has pleaded guilty to and has since been sentenced for the charges stemming from his flight.