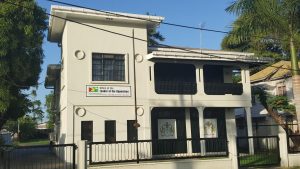 Opposition Leader, Bharrat Jagdeo’s office on Thursday accused government of shifting the goal-post from financial to technical reasons for opposing the Amaila Falls Hydro Power (AFHP) project, while at the same time signalling that the People’s Progressive Party (PPP) was willing to hold talks about recommendations to revive the more than US$800 million project.

“The PPP wishes to see AFHP re-start immediately, and is willing to engage in discussions on all the recommendations set out in the Norconsult assessment,” said Jagdeo.

The Norwegian consultancy firm, Norconsult, that has conducted a “facts-based review” of the project has endorsed it as the number one choice to significantly begin weaning Guyana off fossil fuel-generated electricity, but at the same time has identified several potential technical deficiencies that it recommends should be addressed.

The Opposition Leader’s office’s signal that the PPP is willing to hold talks about the future of the project comes in the context of Norconsult saying there is need for broad-based political consensus before the search begins for new investors.

Vice President and Minister of Foreign Affairs, Carl Greenidge could not say what should be the model to arrive at political consensus- a Bill, Motion or talks between President David Granger and the Opposition Leader- but disclosed that he has suggested a way forward. “I can’t tell you about the model. I can tell you what I recommend to 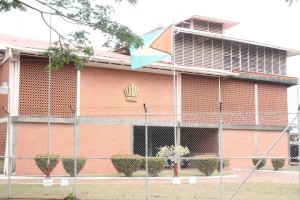 The Ministry of the Presidency, Vlissengen Road, Georgetown.

the Cabinet, namely that the Cabinet looks at this proposal and agrees a framework within which the others will be dealt with, arrives at a conclusion as to what to do about Amaila or similar base supply,”  he said when asked by Demerara Waves Online News. Greenidge explained that after Cabinet decides on the next steps, holding discussions with partners including the PPP would be easier. “That position has to be cleared up on the government side, figures have to be brought, reviewed and then after a discussion we can see whether we can go forward,” he added.

The Foreign Minister said the Norconsult report forms a good basis to determine whether AFHP needs to be reconfigured. He acknowledged the need for hydro power to supply the densely populated coast , while using standalone hydro power stations, wind and solar to satisfy the electricity needs of the hinterland. “If you want to go forward in energy in general, you have to take account of what is being said in this report and to see whether any reconfiguration can satisfy our means,” he said.

While Norconsult has strongly recommended that more data be collected over a three-year period to determine the availability of water at Kuribrong River / Amaila Falls during the dry season, the level of sedimentation and a number of technical shortcomings,  government and the opposition have been attempting to score some political points. 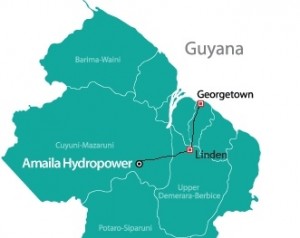 Vice President Greenidge, whose financial analysis had found that the almost US$1 billion hydro power plant would have been too burdensome on Guyana in the future and would not have been a financially feasible investment, said the Norconsult review has proven the coalition right. “The Cabinet would feel vindicated that the financial issues that had been raised by us in opposition have largely been vindicated,” he said.

For its part, the PPP called on Guyanese to “read the assessment for themselves, and to join with the PPP to put pressure on the APNU/AFC Government to quickly re-start the project.”

Following is a slightly edited version of the statement issued by the Opposition Leader’s Office on the AFHP.

Contrary to what the APNU/AFC Government has claimed, the Norconsult assessment actually says:

In short: the assessment vindicates the PPP position that Guyana should develop its hydropower capacity and that AFHP should be the first hydropower project to be developed.

Crucially, it reaffirms that the BOOT type public-private partnership model – which the then APNU+AFC Opposition destroyed in August 2013 – is the right financial structure for AFHP.

Up until yesterday, APNU+AFC, first in Opposition and then in Government, claimed that their concerns with the project related to the financing costs which are associated with this BOOT type of partnership. They made wild claims about the cost of the project and the resulting cost of electricity, and repeated the ridiculous claim that the project would saddle Guyanese with decades of debt. They also claimed that the EPC contracts had been awarded through closed, corrupt practices.

However, in yesterday’s statement, they did not mention these concerns at all – because they have been thoroughly debunked by Norconsult. The independent assessment says:

In their statement yesterday, APNU+AFC hid how they are no longer making claims about the financial model by instead claiming that there were mission-critical engineering issues to be solved. This is not true – the Norconsult report sets out some design areas for consideration as the project progresses, but also notes that these areas were already being looked at. Norconsult clearly states “Although certain design aspects of AFHP should be reviewed and revised, we regard the soundness of AFHP as evident and in order to follow up the intentions of the LCDS as fast as possible, we recommend the preparation for AFHP be resumed” – page 38.

Instead of focusing on these engineering issues, APNU+AFC should have looked at areas where the project’s financing can be improved – the Norconsult assessment sets out several sensible recommendations which deserve further discussion and analysis. The PPP does not agree with all of these recommendations, but will support any efforts go get costs down further if possible. Specifically, the assessment sets out several recommendations to reduce costs from c. US$858 million to US$801 million – on page 33. These reductions come from three places:

However, it is important to re-emphasise that even with the original financing structure, AFHP would have delivered more electricity for less money than today, avoided any public debt for Guyana, and reintroduced Guyana to the global capital markets for the first time in 40 years. Any marginal improvements that can be achieved now are dwarfed by the losses incurred by Guyana because of APNU+AFC’s actions since August 2013.

To try and repair the damage, Norconsult sets out how AFHP can be operational in six and a half years time – mainly because the original tenders date from 2008 and now need to be re-tendered.

This is six years too late because AFHP should have been providing affordable, reliable, clean energy to Guyanese within the next few months. However, given that the wasted time cannot be re-gained, we must focus on the future.

The PPP wishes to see AFHP re-start immediately, and is willing to engage in discussions on all the recommendations set out in the Norconsult assessment. With that in mind, the PPP calls on all Guyanese to join with us in ensuring that the APNU/AFC Government acts in the interest of the people of Guyana, apologises for their repeated lies about the project and instead works to make AFHP a success.