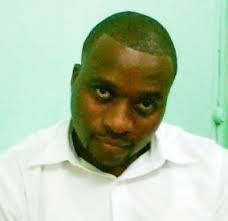 The Guyana Water Incorporated (GWI) on Thursday decided to fire Lear Goring as the entity’s Debt Recovery Manager because he is unqualified for the position.

Goring, who was twice convicted for drug trafficking in the United States and deported, is a friend of GWI’s Chief Executive Officer, Dr. Richard Van West Charles.

Following the specially convened board meeting, the utility company assured that his services were terminated because of his unsuitable qualifications and for no other reason.

“The decision comes following a review of Mr. Goring’s credentials, which do not satisfy the requirements outlined for the position.

It should also be noted that the decision taken was based solely on a review of his qualification for the job,” GWI said in a statement.

GWI said its Chairman, board of directors and management of GWI wish Goring all the best in his future endeavors. Goring was sent on administrative leave pending investigations into reports that he was not qualified for the position of Debt Recovery Manager.

Goring , a friend of Van West Charles, was hired without the position being advertised. Goring and Van West Charles are also directors of a private fuel importation company.

American court documents show that Goring was charged with possession with intent to distribute cocaine in 1995 and sentenced to 63 months and later deported.

During a failed naturalisation petition in 2002, the court was told that he had been convicted in 1990 for drugs trafficking and deported in 1993. He returned to the United States in 1995 with a forged passport and drugs.

The petition was dismissed in 2002.

2016-09-01
Denis Chabrol
Previous: Govt will pay 1% to 10% pay hike even if union rejects it…“It is perhaps what is affordable at present”- Granger
Next: Serial bandit arraigned on 10 charges, remanded to prison