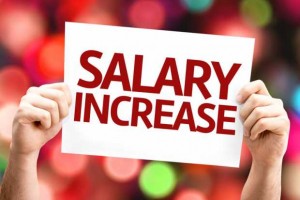 President David Granger on Thursday signaled that government would pay a maximum 10 percent wage and salary hike to the lowest paid government employees and one percent to the highest paid because that is all that government can afford.

“It is perhaps what is affordable at present,” he said on this week’s edition of his television programme, Public Interest.

Granger said if the General Council of the Guyana Public Service Union rejects government’s offer on Friday, September 2, 2016, government would still go ahead and pay the increase. “The award that we have proposed is as much as we can do as of the 1st September and we intend to proceed with that,” he said.

The President appealed to the Guyana Public Service Union (GPSU) to remain engaged with government negotiators on other outstanding issues, and he also hoped that the outcome of next year’s wage negotiations would be “satisfactory to both sides.”

During last year’s general election campaign, the Granger-led coalition of A Partnership for National Unity+ Alliance For Change (APNU+ AFC) had promised a 20 percent pay increase to government employees.

However, the Guyanese leader said the coalition did not anticipate the “volume of indebtedness” by entities such as the Guyana Sugar Corporation (GuySuco) which has been receiving a GYD$10 billion bailout annually coupled with fall in the world prices for gold, bauxite and other commodities. “These have affected our revenues.”

He said government has also been unable to find sufficient funds for education, including the University of Guyana and public schools, and the health sector.

“I am not saying that the public servants do not deserve more but we did everything that is possible,” he said.

Former Finance Minister, Bharrat Jagdeo on Thursday calculated the weighted average of the 1 percent to 10 percent is about 6.7 percent across the board.