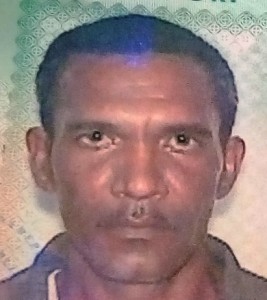 A bandit was shot dead  early Sunday morning allegedly by one of his four other accomplices as they fled the East Bank Berbice home of a businessman after beating his daughters and carting off cash and jewellery.

After beating Datt and Ramnarine and robbing the household of GYD$100,000, a gold bangle, a quantity of phone cards and other valuables the bandits were fleeing the scene when Lallbeharry was shot. Investigators in Berbice believed that when the bandits opened fire, one of them shot Lalbeharry.

“He was found on the businessman’s bridge, clad in dark clothing and a pair of construction gloves,” police later said in a statement. Lalbeharry succumbed before arriving at the New Amsterdam Hospital.

Police said initial investigations revealed that the businessman/ proprietor was at home with his family resting when about 01:30h., this morning, he was aroused by strange sounds coming from a shed adjoining the house. “He proceeded to make checks and was confronted by five masked men, one armed with a long gun.” 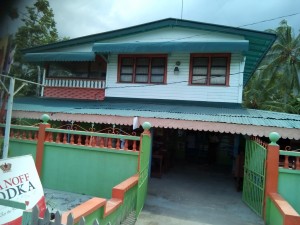 The business and residence of Danakumar Datt where he and his family were attacked early Sunday morning by bandits.

Lalbeharry said all the bandits were clad in black, one was carrying a long gun and another a cutlass. They demanded of his daughters that they see Ball Head, but he had already escaped and raised an alarm in the area.

However, residents were fearful of going out because of repeated gunshots.

When police arrived, the bandits had already escaped over a trench and hid in nearby bushes. Police said a man, who was seen in the thickly vegetated area, was arrested.