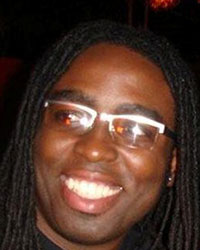 Marlon Bristol, Head of the Project Management Unit of the Office of Climate Change (OCC)

Guyana has lost more than US$18 million dollars under its Forest Protection Agreement with Norway inked in 2009.

Marlon Bristol, Head of the Project Management Unit of the Office of Climate Change (OCC), made the charge on Wednesday when he testified before the Standing Parliamentary Sectoral Committee on Natural Resources. He was among the many department heads to appear before the Committee with Minister of State, Joseph Harmon, and were grilled on the state of the GRIF-Funds.

Guyana was promised US$250M under the multi-year Forest Protection Agreement with Norway. A Counry Update on the Guyana REDD Investment Fund explains that financial  losses  from  the  Agreement  are  expected  to  amount  to  approximately  US$  18  million,  unless   special  circumstances  apply.  The  losses  are  of  two  sources:  (1)  penalties  under  Tranches  3  and  4  from   not  meeting  indicators  in  the  Joint  Concept  Note  and  additionally  from  losses  due  to  adjustments  in  the   exchange  rate  between  the  Norwegian  Kroner  and  the  United  States  Dollar.  As  a  result,  there  is  only  a   potential  US$  25  million  to  be  earned  from  the  final  payment  under  the  Guyana-­‐Norway  partnership.   The  consequence  of  this  is  that  the  possible  total  under  the  partnership  will  effectively  be  US$  215   million  instead  of  the  initial  US$  250  million.

Bristol was at the time providing a breakdown of monies currently available to Guyana under the Agreement, in response to a request by Committee Chairman, Odinga Lumumba.

He said too, another US$80M has been deposited with the Inter-American Development Bank (IDB)–that money, he reminded, was earmarked as part of the financing of the Amaila Falls Hydro Electric Project.

Bristol disclosed that there are currently a number of on going projects being financed from the GRIF Fund to the tune of about US$41M and cited, sustainable land development efforts, the Government’s ICT/E-Governance Project, Institutional Strengthening Projects through the Ministry of the Presidency, as well as Tourism and Hydromet related projects, among others.

Responding to queries on whether any changes have been made to the agreement, the Committee Chairman was told while the coalition A Partnership for National Unity, Alliance For Change (AFC) Government is interested in preserving the arrangement, it is also looking to amend the agreement with the Norwegians.

Minister of State Harmon, told the Committee, “when we came into Office, we immediately got in touch with the Minister of Environment in Norway and we made a commitment to the Norway Fund and the Agreement.”

According to Minister Harmon, this assertion was again repeated on the margins of the recently signed ‘Paris Climate Change Agreement,’ when Head of State, David Granger met with a Norwegian delegation and, “gave clear undertakings that we are prepared to continue with this agreement….we said we would like to look to make some amendments…we had asked for  an opportunity to make some adjustment.”

Minister Harmon was unable to provide the Committee with an update on the proposed changes, since according to him, “we are still talking.”

He was adamant however that government did not consider itself the source of all knowledge and would in fact appreciate the involvement of all stakeholders through some from of consultative process.

“Where the expertise in Guyana reside, we are prepared to reach out,” he said.