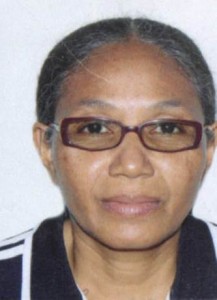 The Bursar of the University of Guyana (UG), Holda Poonai’s salary is much lower than GYD$1 million, in contrast to claims by the unions representing workers at that tertiary institution.

Demerara Waves Online News was told that instead her gross salary and allowances are just about GYD$600,000 monthly compared to her predecessor’s basic salary of GYD$937,000 plus allowances.

The unions have since shelved planned industrial action to make way for the University Administration and Council to consider a new proposal.

Demands by the unions include a 23% and 25% increase in salaries retroactive to January 2016 for academic and non-academic staff respectively along with all benefits submitted to the University’s administration on April 20, 2016 be paid in their May 2016 salaries.

UGSSA and UGWU say the University Council must respect its ruling on April 18, 2016 to  exclude from the across the board increases,  staff specially recruited and/or retained at market rates and that they be offered salary adjustments in keeping with inflation rates.

The unions want the Council to rescind its decision to pay statutory officers- two deputy vice chancellors, the registrar and the bursar- a 10% increase in salaries retroactive to January 2015 until it can offer adequate justification for such action.