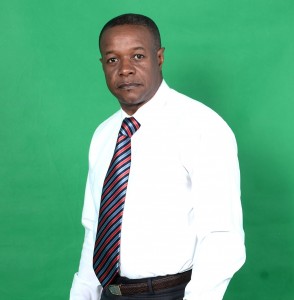 Incoming Chief Executive Officer (CEO) of the National Communications  Network (NCN), Lennox Cornette says the questioning of his integrity and competence clearly indicates that someone else was hand-picked for the job.

“From the leaked emails from the NCN Board discussion to what is being said in media reports, it seems obvious that someone was pre-selected outside of the Board, for the CEO’s position,” Cornette said in a statement to the media.

In the leaked e-mail Board Member, Imran Khan strenuously objected to Cornette’s appointment because of his admitted forgery of the signature of then Deputy General Manager of the Guyana Telephone and Telegraph Company (GTT), Terrence Holder in 1999. At that time, Cornette had been Public Relations Officer at the phone company.

Khan, who  Prime Minister Moses Nagamootoo has described as his representative on the two state media boards, has also questioned Cornette’s suitability for the job on the grounds that he has no experience in radio and television broadcasting compared to Enrico Woolford.

The Prime Minister is known in several circles to favour Woolford for the top job at Guyana’s state radio and television broadcaster.

By majority decision, the board approved Cornette’s appointment based on his qualifications and management experience. After word surfaced about Cornette’s forgery, Board Chairman Bish Panday conducted due diligence after which he is said to have executed the Board’s mandate to negotiate terms and conditions of employment. “I see no legal impediment to the appointment of Mr. Cornette. I support the said appointment and am of the view that you need to proceed with the Board’s mandate with the urgency it requires,” Attorney-at-Law, Dolly Sukhdeo told the Chairman of NCN’s Board of Directors, Bish Panday in correspondence that was copied to other board members.

For his part, Cornette deemed unfavourable news reports about his past indiscretion, saying those reports were incited. “These attacks, instigated I suppose, were first centered on an occurrence when I was Public Relations Officer of GT&T. They then descended to question my ability to manage the national broadcaster.”

The incoming CEO sought to allay fears that the forgery was related to the stealing of monies from the company. “I wish to place on record that the signature issue at GT&T had nothing to do with money or financial impropriety. It was an internal matter that was dealt with internally by GT&T. This can be attested to by the company.” On the money side of things, Cornette  hopes to “stop the financial hemorrhaging and boost income generation.”

Sources have told Demerara Waves Online News that Cornette had forged the then GTT Deputy General Manager’s signature on a letter that had purportedly sought to support an application for a visa by female colleague of his at the phone company at the time.

Cornette, however, said that ever since he and the company severed ties in 1999, he has maintained cordial relations with that utility company. He noted that in May 2011, the company asked him to chair the 16th TeleGathering Meeting that it was hosting in Guyana over the Easter weekend. TeleGatherng is an annual event of telephone companies in the Caribbean.

Currently a Communications Consultant, Cornette insisted that he was capable of running NCN effectively and efficiently with the aim of making the company profitable. In relation to my ability to manage the national broadcaster, I have more than 20 years’ experience in management and executive management positions, I have successfully fulfilled several consultancies for national and international organizations, and I have done my Masters research on Strategic Marketing with focus on Corporate Identity.”

Declaring that he harbours a deep desire to serve Guyana and turn around NCN’s fortunes, Cornette hoped to apply several strategies to “revolutionise” the ailing company. “It is my interest and deep desire to serve my country and to turn the fortunes of NCN around. NCN is a veritable well that has been blocked up by efficient operations, lack of strategic vision and direction, inconsistencies between corporate strategies and departmental goals, inappropriate allocation of resources, lack of attendance to best practices, and staff who are not adequately motivated to pursue targets and goals.”

He intends to ensure that NCN develops a good “strategic plan” aimed at operational efficiency through effective coordination of the technical, administrative, programming, and marketing components of  the organisation. A new corporate vision, objectives and major strategy components will be communicated to managers and employees.