Opinion: The Race to Mayorship and Party Politics 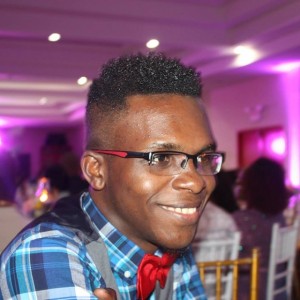 by Jomo Paul (Reproduced from his blog located at https://jomowrotethis.wordpress.com with permission)

After the just concluded Local Government Elections, it should be clear to all and sundry that the Guyanese electorate still looks at the Ballot with those antiquated eyes and consider elections via that traditional mindset- a mindset that has divided this nation for more than 50 years, a mindset that saw persons voting for a political Party as opposed to a particular person/ candidate.

I would not be unfair if I were to surmise that the persons who voted at the elections voted for the APNU+AFC and the PPP as opposed to the actual candidate who would represent their concerns at the respective councils.

All of which is proof that to most Guyanese, these political parties are like a religion. They could be spoon fed horrible tasting lies but if the Pastor/Sheik/Iman says it’s what the savior wants – then it would be gulped down like a baby thirsting for mommy’s milk.

Except for a minority of persons involved, some will actually stop to listen and investigate rather than be led like sheep to the slaughterhouse. Congratulations to this minority, for being a flickering light of hope at the pitfalls of a dark hole.

GECOM data indicates total number of votes cast is 239, 070, from this amount, 236,323 were valid, while 2,747 were spoilt ballots. I wonder how many of those, if any, were spoiled intentionally.

Now that the elections are finished there is a different type of electioneering storming the Capital City and more than likely the other places that were named towns, i.e, Lethem, Bartica, Mabaruma, Linden, Rosehall, Anna Regina and New Amsterdam.

All eyes are on the Capital. The Garden City. Power Central. And with just days remaining before the elected Council has its first meeting and decides on the Mayor and Deputy Mayor. The obvious candidates are emerging from the woodwork.

But before I got to those folks, let’s take a look at some of the persons on the council.

We have Patricia Chase-Greene. She has been a member of the Georgetown City Council for close to two decades and recently served as Deputy Mayor, a post she was elected to in 2012 after the death of Robert Williams.

There’s Sherod Duncan, a political zealot that is youthful and energetic.  He has taken some unorthodox methods of campaigning one of which included donning a costume and parading the City as Captain Clean while having his photos taken. (As one individual said it “there’s a difference between promoting your work on social media and being and absolute fame whore.”

Lest we forget there is Winston Harding accused of child molestation. The APNU pulled the plug on its support for Harding after the allegations came to the fore but it is understood that the political camp may have known of the allegations before asking Harding to run under its banner. Now with no recall legislation, Harding is ripe for a seat at the council.

There is Oscar Clarke who some might say is a political dinosaur. Aside from being the General Secretary of the PNC, and a former councilor there’s not much to tell here.

Mark Benschop, a man who was accused of treason and spent several years of his life behind bars. Team Benschop For Mayor only managed to gain one seat on the council and it is doubtful that the rest of councilors would support his bid for Mayorship.

There’s also Team Legacy’s Malcolm Ferreira and Campaign Manager Carolyn Caesar-Murray; both of whom will be taking up seats at the council.

The other seats on the council are occupied by APNU+AFC and PPP Councillors.

Three out of these six persons, in my humble view, are possible considerations for the Mayoral post at the Georgetown City Council – Sherod Duncan, Oscar Clarke and Patricia Chase Greene.

Duncan, an AFC man is unlikely to get the post given the current dispute between the coalition partners over APNU Candidates hogging seats at City Council. By some method, APNU members now have 22 out of the 25 seats the coalition won after contesting the elections together.

Sherod is unlikely to get the post. Given the dominance of Party/tribal politics; it is unlikely he will be able to muster the clear majority that is needed to get that Mayoral seat. So, the name tag, your Worship Sherod Duncan may have to wait a little more.

The race is between Oscar Clarke and Chase-Greene. Some persons believe that Chase-Greene has had her due time on the Council and should not be seeking the Mayoral Post at this time. Others think that she has the experience and the know-how hence she would be the ideal person to commandeer the development of the Capital City.

Clarke may have the wider support of the APNU given that he is a long standing member of the PNC. He may also be one of the persons that are considered to be fresh blood for the post despite him being a former councilor. Not exactly sure how that works out.

By some wild stretch of imagination, the coalition may arrive at a consensus to place Sherod at the helm to compensate for the absence of AFC grounded Councilors in Georgetown.

The strut to the Mayorship is on. Will it be Captain Clean, the Party Veteran or the Woman with experience?