Man shot, robbed of US, GY dollars at city hotel 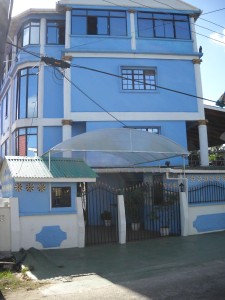 A man was shot and robbed while at a  bar at Kanuku Suites Hotel, Campbelville, Georgetown.

Orlando was shot to his left side during the incident after which the perpetrators escaped in a waiting motor car.

He has been admitted to hospital as the investigations continue.