Recall of Harding from Council to be discussed; Granger wants explanation from Lawrence 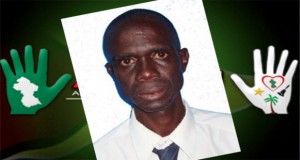 With growing concerns over the APNU’s endorsement of an alleged child molester and that person now having been elected in his constituency, the question of whether Winston Harding would actually be heading to the City Council is being constantly asked.

Harding, who was contesting in Constituency 13 (East and West Ruimveldt), had posters bearing his photograph with the words “Child Molester” plastered underneath in that electoral area.

However, despite this and APNU’s withdrawal of its endorsement of Harding earlier this week, preliminary results show that Harding has managed to gain the most votes in that area.

President David Granger was on Saturday asked whether the Party would be looking to recall Harding from City Council. The President said that “the matter would be discussed within the PNCR and our partners within the APNU before we proceed.”

He said that the APNU pulling its support for the candidate remains in effect but, any further action would have to be discussed.

“At this point in time I cannot go beyond that announcement until it has been discussed,” said President Granger.

Meanwhile, calls have been made for the President to boot Social Protection Minister Volda Lawrence from her portfolio.

This is after Lawrence, when questioned on the issue regarding Harding said “this is a family issue that has been going on and on and on and on for whatever reason, I can’t tell you, because if I had a brother, even if there was an accusation, this is not how I would go about helping him.”

Local NGO Red Thread deemed the Minister unfit for her portfolio saying the “Minister has to be disciplined and the Government needs to find someone who is qualified to head this Ministry.”

Granger, when asked, simply said that he would be seeking some amount of explanation into how Harding was selected to be a candidate for LGE

“I will seek an explanation from Ms Lawrence about the circumstances under which Mr Harding was selected,” the President stated.