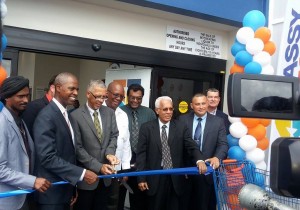 A leading Caribbean business executive on Thursday warned Guyana to guard against possible economic pitfalls that can accompany the commercial production of oil.

“There is a lot that can happen in the oil and gas industry in Guyana. It is really a Dutch disease so I really hope that when  it (oil) does come and it comes big that it is really used to continue the transformational path that Guyana is pursuing,” the Trinidad and Tobago businessman told the gathering of government and private sector representatives including a top official of the oil exploration company, REPSOL, that is searching offshore for hydrocarbons.

Warner’s specific reference to the likely economic consequences that could arise from the oil and gas sector came against the background of American oil giant, ExxonMobil, discovering a huge deposit of high quality crude oil offshore Guyana. The company is currently quantifying that reserve to inform its decisions about commercial extraction and refining. 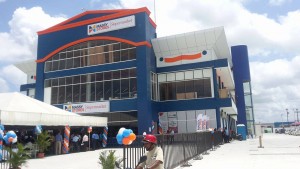 In clear reference to the economic downturn in Trinidad and Tobago as a result of the huge slide in the international oil price for about one year now, the Massy boss sounded a word of caution. “We have had and enjoyed the benefit of that in Trinidad and Tobago and we understand when things go… it makes for great, great difficulty,” he said.

Warner called on authorities in Guyana to “collaborate with these multinationals” to “do it right” because it is a “great, great opportunity for a new day.”

The Dutch disease can afflict countries that earn huge foreign exchange inflows that results in an increase in the value of domestic currencies and makes exports un-competitive while triggering demands for increased salaries mostly by those in the services sector.

The Massy President and CEO cited the need to manage an oil and gas economy properly just days after the Guyana government tapped into expertise from the Commonwealth (of former British colonies) to establish a Sovereign Wealth Fund to save revenues from the natural resources sector including mining, forestry and hydrocarbons.

Warner said his company, in recent years, has invested US$10 million in building a state-of-the-art warehouse at Montrose, East Coast Demerara and another US$4 million in the Massy supermarket at Providence because its assessment has shown that the country ‘s economy is buoyant and Guyanese need a different shopping experience. “Over those 48 years we have watched how Guyanese citizens have had to do their supermarket shopping . They go from multiple locations to different markets, come out in the hot sun, go back in their cars, drive another little way or catch a taxi. It is time consuming, it is energy draining! It is high time for a supermarket like Massy Stores to be present in Guyana,” he said.

Massy’s Country Manager, Deo Persaud said Providence, East Bank Demerara was chosen to locate its first supermarket in Guyana because that area is a hive of business activity and along a major road corridor. “As you are aware  it has been one of the most active and vibrant areas in Guyana for both housing and business activities and also  its strategic importance it plays in the transport sector in Guyana being it is on the way to the (Cheddi Jagan International) airport and the gateeway to the mining community and the hinterland,” Persaud said.

Massy currently has 12 stores in Barbados, 13 in St. Lucia, three in St. Vincent and 20 in Trinidad and Tobago.  The company also has business interests in Miami, Suriname and Colombia.

Senior Vice President of Massy and Chairman of Retail Business, Thomas Pantin said 120 Guyanese business associates have been trained to provide a high quality of service at the Massy Supermarket’s 16,000 square feet of retail space.