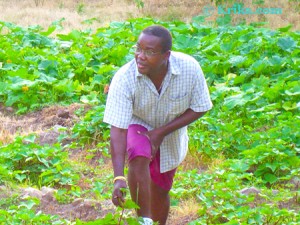 Two more suspects in the murder of Guyanese agriculturist, Anthony Breedy, were Wednesday arrested at a house at Ithaca, West Coast Demerara as police continue their wide-ranging probe.

This now brings to four the number of persons arrested in connection with the killing of 60-year old Breedy who worked for more 15 years in Montserrat.

Head of the Criminal Investigations Department of the Guyana Police Force (GPF), Senior Superintendent Wendell Blanhum said the two neighbours were arrested in a joint operation between police from Georgetown and their colleagues from Berbice.

The men also led police to another location where a handgun was found.

Blanhum said police were still a long way off from charging any of the suspects because investigators wanted to gather as much evidence as possible.

Blanhum credited detectives from Georgetown who collaborated with police from the Berbice Division and members of the Special Weapons And Tactics (SWAT) unit in arresting the men at Ithaca. Blanhum said SWAT team members were deployed because initially police had gleaned that the suspects were armed. There was no exchange of gunfire. 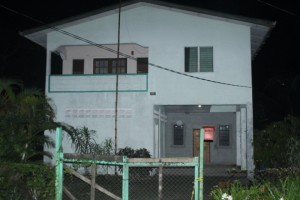 The house in which Anthony Breedy’s body was found

Breedy’s lifeless body was found, with his head battered and feet and hands tied, in the lower flat of his home at Hill Top, Soesdyke-Linden Highway on Monday, March 14, 2016.

Crime sleuths began cracking the case ever since they arrested a man in whose possession Breedy’s Automatic Teller Machine (ATM) card was found. That man was arrested at Nabaclis Village, East Coast Demerara shortly after he had stashed the dead man’s vehicle that had a fake licence number on pieces of cardboard.

He has since detailed a chilling account to investigators about how the plan was made and carried out to kill Breedy.

A woman, said to be the girlfriend of the man arrested at Nabaclis, was also arrested. Police said items belonging to Breedy were found in her car and at her home at Bagotville, West Bank Demerara.