Attorney appears on behalf of dead, injured prisoners at CoI 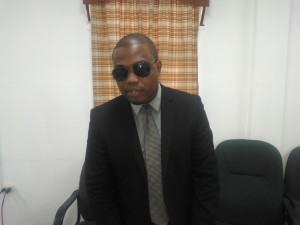 Dexter Todd is the new addition to the CoI

Attorney at Law Dexter Todd was on Wednesday granted full participatory rights in the Camp Street Prison Commission of Inquiry (CoI) where he appears on behalf of two prisoners, one of whom died in the prison riot.

Todd said he would be representing the interest of Delroy Williams, and Marcellus Verbeke, with the latter being the injured inmate.

He told the Commission that he wishes to have “standing in the matters where it touches matters that would concern the two main persons.”

He would also be able to cross examine persons who would be brought before the Commission in its interest.

“There are persons who were in the prison and managed to get out of the blaze and have not been touched. I am going to eagerly wait to see if those persons will be called to give their evidence because they have a story to tell,” said Todd.

He related that at least four other of his clients were among those affected by the prison fire. (Jomo Brusheildon Paul)