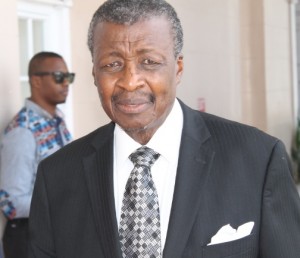 Opposition Leader, Bharrat Jagdeo and Opposition Chief Whip, Gail Teixeira have in recent days been joined by PPPC parliamentarian, Nigel Dharamlall in voicing grave concerns about the Speaker towards the opposition benches.

He justified his out 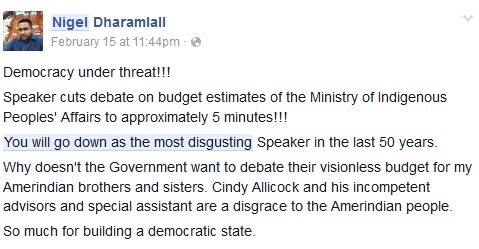 burst on Facebook in an interview with Demerara Waves Online News.  “I did because personally I think the position of the Speaker has to ensure that there is some semblance of order in the House -and the same whip that the Speaker uses on the Opposition- I don’t think that the Speaker is balanced, he ought to be also using that same approach to the government,” said Dharamlall, a former Permanent Secretary of the then Ministry of Amerindian Affairs.

He said the Speaker must bear responsibility for sittings of the National Assembly descending into disorder.

Dharamlall, who has also described the “The Speaker is very unbiased …And unfair,” is optimistic that the manner in which Dr. Scotland manages the affairs of the House could be resolved if he is “fair in his dealings” with parliamentarians. 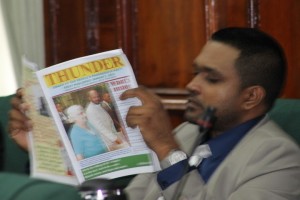 Both Dharamlall and Teixeira have said that PPPC representatives have raised their concerns with the House Speaker.

Labelling Scotland as “partisan,” Jagdeo has  vowed that the PPPC would resist future attempts to protect government MPs while lecture their opposition counterparts. “Any attempt now and in the future by the Speaker to curtail the freedoms and privileges we enjoy in Parliament to represent the people of this country we will vigorously oppose,” Jagdeo has said.