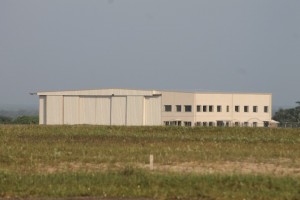 The High Court has blocked a man from using a hangar at the Cheddi Jagan International Airport  Corporation (CJIAC) to continue the operations of Exec Jet Club which is owned by a Guyanese pilot now facing charges in the United States for bulk cash smuggling and cocaine trafficking.

High Court Judge, Dianna Insanally, in the course of ruling, said Deolall Gangadin had misrepresented to the court that he was the owner of Exec Jet Club rather than the pilot, Khamraj Lall.

“In the course of her ruling the judge indicated that Gangadin had not been honest with the Court by pretending to be the owner of the business rather than Lall. Justice Insanally also ruled that any sums invested were done at the behest of the Guyana government- which was a completely separate legal entity from the CJIAC- and therefore could create no equity against the CJIAC,” she said.

CJIAC lawyers contended that Gangadin’s action was misconceived and that Guyana’s land law did not recognise equitable interests in land.

In the statement on the outcome of the case, it was noted that Gangadin had claimed equity based on a claim that he had invested GYD$600 million based on agreement with the Guyana government at the time to start his business.

During its defence against Gangadin,  the CJIAC told the High Court that after the three-year agreement with Lall/ Exec Jet Club expired in October 2015, a decision was taken not to renew it because it was believed that Lall had been caught in Puerto Rico in 2014 using his aircraft for money laundering and that he had been implicated in cocaine trafficking and is accused of using his aircraft for that illegal activity as well.  “In those circumstances, the CJIAC claimed that it was justified in refusing to renew the license for the hangar as the hangar  and the jet therein had likely been used for illegal activities,” according to the statement.

The High Court denied  Gangadin an injunction to compel the CJIAC to allow him to continue using the hangar for Exec Jet’s operations  after it was found that he was merely an occasional power of attorney to act as manager whenever Lall was overseas flying.

“The CJIA claimed that by seeking to disguise Exec Jet’s true ownership, Gangadin had not been candid with the court and so was not entitled to an injunction,” according to the statement.

Contrary to an original agreement that Lall/Exec Jet would obtain all licences and permits necessary to lawfully operate the hangar, lawyers for the airport authority told the court that the CJIA had learned that Lall/Exec Jet had never obtained permission from Guyana’s Central Housing and Planning Authority to construct the hangar, which was therefore illegally constructed in breach of the Licence Agreement.

Previous: Nagamootoo bashes PPP for walking out Budget debates
Next: “We are a government of grown-ups” – Jordan defends “geriatric” gov’t