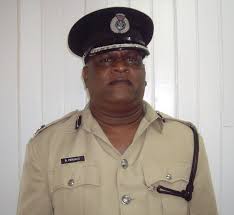 The Police Officer, who was severely injured in a road accident late Friday night, has been identified as Assistant Commissioner (Administration), Balram Persaud.

Traffic Chief, Dion Moore said the circumstances that led to the accident were not known as investigators have been unable to interview Persaud.

After the accident at Schoonord, West Bank Demerara- a short distance from the Demerara Harbour Bridge-at about 11:15 PM, the Assistant Commissioner was rushed to the West Demerara Regional Hospital for emergency treatment.

The de fracto Deputy Commissioner was later transferred to the privately-owned Balwant Singh Hospital where, according to sources, he has been in and out of consciousness. His condition is listed as critical.

Eyewitnesses said the driver lost control of the car resulting in the vehicle spinning several times and slamming into a utility pole.

Persaud acts as Police Commissioner whenever the substantive office holder is on leave or overseas on official business.

Previous: GECOM ready for 523,831 persons to vote in Local Govt Elections
Next: LGE is for everyone – President defends big parties contesting