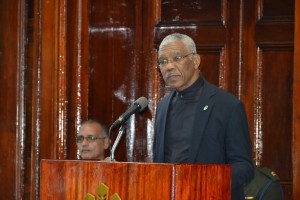 President David Granger and General Secretary of the opposition People’s Progressive Party Civic (PPPC) differ on whether the planned closure of the Wales Sugar Estate would impact on the number of votes their parties would receive at the upcoming Local Government Elections.

Granger is confident that the decision by the APNU+AFC administration to cease operations at the Wales Sugar Estate will not adversely affect the coalition at local government polls slated for March 18, 2016.

The President, during an appearance on “Public Interest” television programme, was adamant that the polls were localized and would not have any major effect. “I don’t think it will have any damaging impact…when the coalition got into government it was given a huge bill,”  he stated, adding “I do not think that the closure of the factory will have a severe impact.”

The now nine-month old coalition administration found itself forking out a GYD$12 billion dollar bailout to avoid the Guyana Sugar Corporation from collapsing.

But the General Secretary of the People’s Progressive Party (PPP) Clement Rohee believes that the closure will work in favour of the Party. 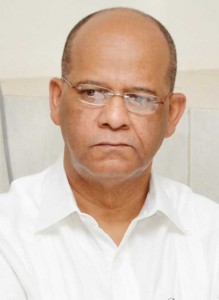 The PPP lost the General and Regional Elections in 2015 by a slim margin of 5000 votes to the APNU+AFC, ending its 23 year tenure in office.

Rohee told reporters that Sugar workers who comprise some a large percentage of Region Three have learned their lesson after voting for the APNU+AFC.

“Like the prodigal children they have now come to recognize this situation in which they are living now is more to their disadvantage and when they look to see who is standing up to them I believe they will cast their votes and their conscience will be their guide,” said Rohee.

The Guyana government on January 19, 2016 announced that the Wales Estate and Factory would be closed this year-end because it is unprofitable, although the Commission of Inquiry into the sugar industry has not recommended the closure of any of the estates.

The Guyana Elections Commission says 523, 831 persons are eligible to vote in the local polls, the first since 1994, in the 71 Local Authority areas including nine towns. Those towns include three new ones- Bartica, Lethem and Mabaruma.