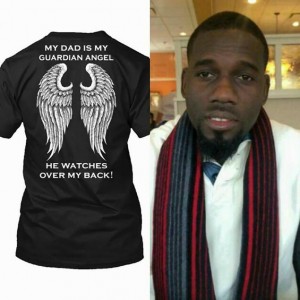 Jermain Simon died Tuesday after an arsonist set fire to a two-family home on E. 26th St. near Clarendon Road in East Flatbush in December.
A Brooklyn father injured in an arson attack has died after lingering in a coma for nearly two months, his family told the Daily News Wednesday.

He is the second victim to die from the Dec. 11 arson in the two-family home on E. 26th St. near Clarendon Road in East Flatbush.

Kevin Nurse, who was in the apartment when the fire erupted, said Simon collapsed in a hallway after rescuing his daughter from the flames.

Simon had just thrown 7-year-old girl into Nurse’s arms through a second floor window when he turned back to pull Fanta Adams from her burning bedroom, Nurse said.

Firefighters found the two together in the corridor lying unconscious.

Simon collapsed in a hallway after rescuing his daughter from the flames, a witness said.
Adams, 23, suffered burns on 90% of her body and died the day after the blaze.

The burgeoning fashionista was buried on Dec. 18 in one of her black dresses — the only thing that was discovered among the ashes unscathed.

Police initially took one of the building’s first floor residents into custody for questioning about the arson but later released him.

That resident, Jason Metellus, was arrested about a month before the fatal fire after Simon caught him breaking windows in the building. He was charged with criminal mischief and released two days before the blaze.

Nobody has been charged for the arson, cops said Wednesday.

The conflagration was sparked on a stairwell leading up to the second floor unit where both victims lived, FDNY officials said.