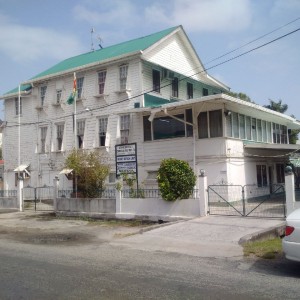 The bond will be issued in multiple tranches, with the first tranche of roughly G$17 billion or US$85 million equivalent having been issued to local investors on Friday, May 24, 2018.

“With the issue, NICIL becomes the first public issuer to raise debt in the local capital markets in over 10 years. The bond is the largest ever bond facility arranged in Guyana and was oversubscribed by local investor on the first tranche,” NICIL said in a statement said.

The government corporation said the  proceeds of the bond issue will be used towards capital expenditure and general operations for the Guyana Sugar Corporation (Guysuco).

NICIL’s team lead by Colvin Health-London, the head of its Special Purpose Unit, secured the bond to recapitalize the Guysuco’s operations.

“Historically, cash-strapped Guysuco struggled on its own to raise the funds needed to revamp its operations. However, under the management of Mr. Heath-London, funding was secured through the stated-owned entity with the support of the Government of Guyana through a sovereign guarantee,” the Kingston, Georgetown-based NICIL said.

NICIL acts as a holding company for Government owned minority and majority interests, property management which includes the acquisition, disposal and rental of Government owned properties.

In addition, NICIL monitors Government’s equity in other companies, engage in development projects and acts as agents for other Government agencies in the disposal of properties or management of companies.