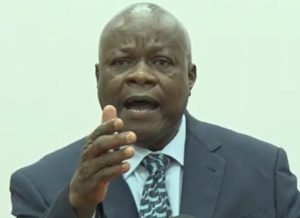 Opposition Leader Aubrey Norton Monday night criticised the 2023 National Budget for failing to include measures that would slow down inflation and already steep cost of living, but Finance Minister Dr Ashni Singh forecasts that inflation would be reduced this year.

“There are absolutely no measures in this budget to deal with inflation. While I agree that there is need for assistance, one also recognises that if you are putting money into the system without measures to deal with inflation, the cost of living will go up further and so in some regard, this budget is recipe for increasing the cost of living of the people,” he said in a video recorded reaction to the GY$781.89 billion budget.

Inflation in 2023 is projected at 3.8 percent. The Finance Minister, citing COVID-19 and the Russia-Ukraine war, estimated that the 12-month inflation was 7.2 percent in December , 2022, above the 5.7 percent recorded in 2021,  primarily based on account of higher food prices, which contributed 6.4 percentage points to the inflation rate.

The budget allocates GY$5 billion  or additional cost of living measures to be determined from the ongoing community engagements.

Dr Singh said government last year softened the impact of imported inflation by implementing a “suite of fiscal measures” including lowering the excise tax rate for petroleum imports to zero in March which resulted in a total loss of $17.2 billion; extending the application of the freight cost adjustment to pre-pandemic levels for the calculation of import taxes to December 2022; and distributing subsidised fertiliser to farmers to encourage replanting and reduce the impact of imported fertiliser price spikes.

For 2023, the Finance Minister announced that the excise tax on fuel would remain at zero and the freight cost adjustment would be extended. “Government remains committed to absorbing the impact of volatile fuel prices, and will continue to monitor the developments in global oil prices going forward. The zero excise taxes on fuel will be maintained as long as fuel prices remain elevated,” Dr Singh said. Excise tax collections are anticipated to fall by 17.6 percent to GY$23.4 billion and the freight cost adjustment throughout 2023 would see government losing more than GY$6 billion in revenue.

In giving the National Budget a ‘fail’ grade, Mr Norton said the emphasis appeared to focus on statistical economic growth rather than on disbursing monies to the people from oil revenues. He cited the increase in the income tax threshold by GY$10,000, $5,000 increase in Old Age Pensions and Public Assistance by GY$2,000 as examples of limited cash flows to ordinary Guyanese. “The Minister was announcing billions in income from oil…It is our considered oping that this budget is a dismal failure,” he said. “The resources of this country, they are not meeting the people. I would have thought that also in this circumstance, he would have also been announcing wage increases for the year because the 8 percent is inadequate and we know it is a serious problem,” he said.

The 2023 National Budget states that The Natural Resources Fund received US$1,099.1 million corresponding to 11 Government lifts, as the remaining two will be received this month. Additionally, US$155.2 million was received in royalty payments from the only producing operator – Esso Exploration and Production Guyana Limited (EEPGL). G0vernment said it last year withdrew  US$607.6 million  from the Fund to finance national development priorities in the 2022 Budget. At the end of 2022, the overall balance in the Fund, inclusive of interest income and after transfers to the budget, amounted to US$1,271.8 million, government said.

The Opposition also flayed government for increasing its allocation for part-time jobs, a downside of its promise to increase employment.  Mr Norton said this year’s budget has no measures to stimulate manufacturing by reducing the cost of living

He said at least 25 percent of the National Budget would end up in corruption through the heavy emphasis on infrastructural projects.  Mr Norton said there should have been greater emphasis on education to monitor  oil production, including auditing cost oil, and so ensure that Guyana gets its right share. He said poverty reduction and poverty alleviation are absent from the 2023 Budget. “This seems to be a budget for the rich. There is no place in this budget to deal with the issues of the small man and allowing him to progress o in some respects this is anti-working class, anti-poverty budget. It has nothing to do with poverty and to improve the lives of the people of Guyana,” he said.