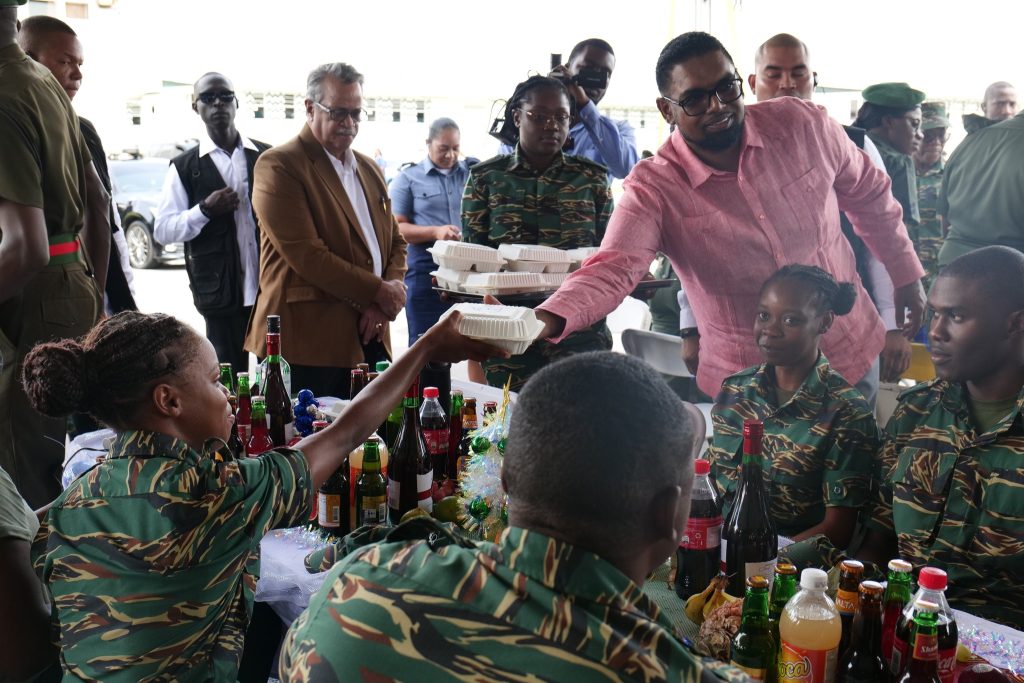 Soldiers, police, fire fighters and prison service personnel are to get low-interest mortgages and some construction materials, President Irfaan Ali announced on Wednesday during his visit to the Guyana Defence Force’s (GDF) headquarters, Camp Ayanganna.

He also announced that on December 28, 2022, representatives of the three commercial banks and the New Building Society (NBS) would be at Camp Ayanganna to process mortgage applications for soldiers who have been allocated house-lots by the government. “The banks will approve your loan right here so in the New Year you can move t0 home ownership; you can move to owning your own homes and developing your own homes for your family,” he said.

The President also announced the one month annual salary bonus “in keeping with our commitment to our men and women in uniform.”

In clear reference to the scrapping of the one month bonus to the Joint Services by the A Partnership for National Unity+Alliance For Change administration, he asked the soldiers whether they recalled the period when that salary incentive was stopped.

The President reminded the soldiers that the Air Corps, Coast Guard and other military operations were being retooled. “We are investing to give you the best equipment so that you can be the best that you can be for your country,” he said.

Meanwhile, Chief-of-Staff of the Guyana Defence Force Brigadier Godfrey Bess that he would next year be proceeding on retirement and so he would not be present at the helm of the military in December 2023.