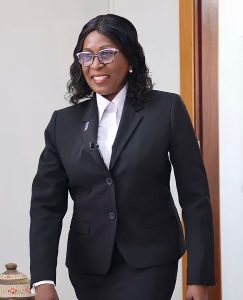 Belize’s overhaul of its administration of justice has now paved the way for prominent Caribbean jurist, Louise Blenman to become that Central American nation’s first Chief Justice of the Court of Appeal.

Justice Blenman’s appointment as Chief Justice of the Court of Appeal is in keeping with last month’s appeal of the Supreme Court of Judicature and Court of Appeal Act. The new Senior Courts Act was assented to by the Governor General.

The new law enlarges the role of the Chief Justice who will preside the criminal and civil divisions of both the Court of Appeal and the High Court.

The Senior Courts Act lays the groundwork for the replacement of the Supreme Court of Belize with a new High Court, which along with the Court of Appeal, will be part of a Senior Court system in Belize, the online newspaper, Amandala, has reported.

Amandala also explained that the Chief Justice would be aided by the President of the Court of Appeal, two senior judges in both the civil and criminal divisions, and judges with specializations in order to expedite those highly technical cases. New roles such as Master of Courts will also be established in both divisions to further facilitate the operations within the new system.

Belize’s final court of appeal is the Caribbean Court of Justice (CCJ).

Up to recently, Ms Blenman served as a Justice of Appeal of the Eastern Caribbean Supreme Court.

Justice Blenman has served in a variety of senior legal and judicial positions in St. Lucia, St. Vincent and the Grenadines, Antigua and Barbuda, and Anguilla.

Justice Blenman is a Guyanese national, who graduated from the University of the West Indies in 1986 with a Bachelor of Laws Degree.

She later obtained the Legal Education Certificate from the Hugh Wooding Law School in Trinidad in 1988.