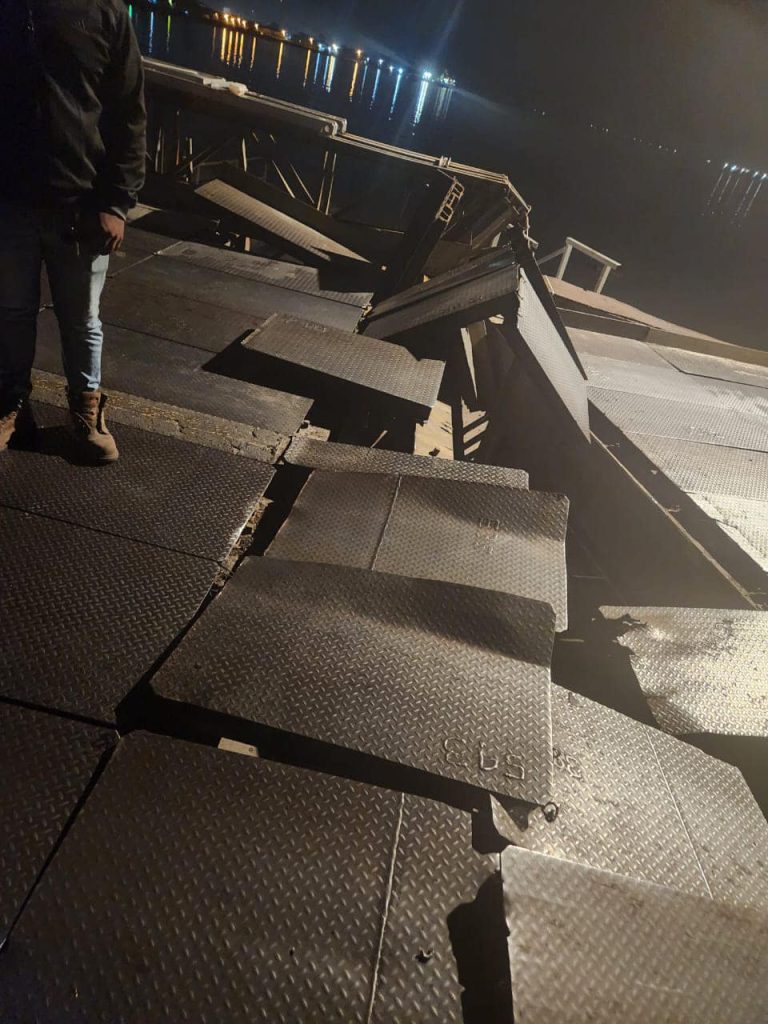 Three workers of the Demerara Harbour Bridge have been sent on leave pending an investigation into how a Panama-registered oil tanker, MV Tradewind Passion, left Guyana without any record after the High Court ordered its release based on a GY$247 million Letter of Undertaking in connection with serious damage to that east-west corridor.

The Public Works Ministry has calculated the damage caused to the Demerara Harbour Bridge on October 8, 2022 at GY$1 billion. In relation to the Letter of Undertaking, the ministry said “there was no actual payment of monies into the court.”  That ministry vowed to pursue legal action to ensure the DHB is “justly compensated for the damage caused by the Tradewind Passion.”

Public Works Minister Juan Edghill said the DHB’s Traffic Manager and two other staff members have been “sent off pending investigation.”  “The boat was at the Grove anchorage (and) could not pass the bridge without being allowed by someone,” he said.

The Public Works Ministry hinted that there was either a breakdown in communication or alleged collusion to facilitate the departure of the vessel. “In the event that one is not too au fait with maritime affairs, it should be noted that any ocean going vessel set to depart Guyana’s waters cannot just sail into the sunset at will. There are processes that have to be initiated and which are facilitated by a shipping agency,” government said.

According to the Public Works Ministry, after the High Court ordered the release of the vessel, the MV Tradewind Passion sailed on Monday, November 21, 2022 “without notification to the General Manager and Management” of DHB. “It should never be inferred that the State of Guyana, through its regulatory agencies, has no control over its water and marine traffic. To make such an inference is mischievous , ridiculous and deliberately misleading,” government said.

Matters concerning anchorage, repairs to the vessel, supply of provisions for the crew and other matters related to the welfare of the crew members of the MV Tradewind Passion “were at all time known”, according to the Public Works Ministry.

The bridge had been out of operations for several days, inconveniencing commuters and delaying t0ns of mainly agricultural produce from being transported to markets in Georgetown and elsewhere.